LED lighting is a key element of Cadillac CTS sedan's appearance and character, say its designers. 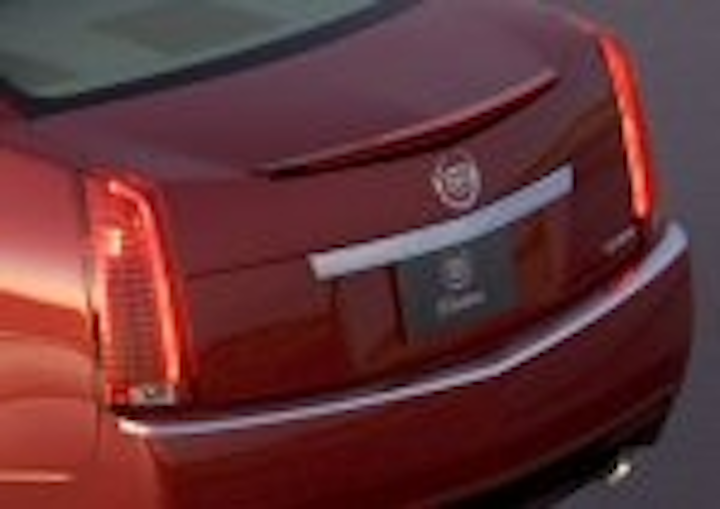 Cadillac focused on new lighting systems to make the 2008 CTS sport sedan as recognizable at night as its new styling does in the light of day, according to an article in the Detroit Free Press.

A total of 127 LEDs illuminate the CTS's interior and exterior, creating a unique look that builds on the brand's heritage of innovative lighting and design, according to Cadillac product director John Howell.

LED light pipes -- clear tubes that direct light -- for the CTS's brake, turn, backup and running lights are the latest example of the vertical tail lamps that have distinguished Cadillacs since 1948.

"Lighting is one of the last frontiers to differentiate cars," said CTS design director John Manoogian, adding that "countless hours and days" went into designing the CTS's stacked vertical lights. "We decided to make lighting a key element of the car's appearance and character."

The interior also uses white ambient LED lighting in the door pulls, foot wells and recessed between the upper and lower instrument panels. The result, says Cadillac, is a dramatic effect similar to recessed lighting used in contemporary homes. The Lansing-made 2008 CTS goes on sale later this year.