In an effort to reduce energy consumption and maintenance costs, the Royal Household in Buckingham Palace, London, has installed an LED chandelier and other LED lighting effects. 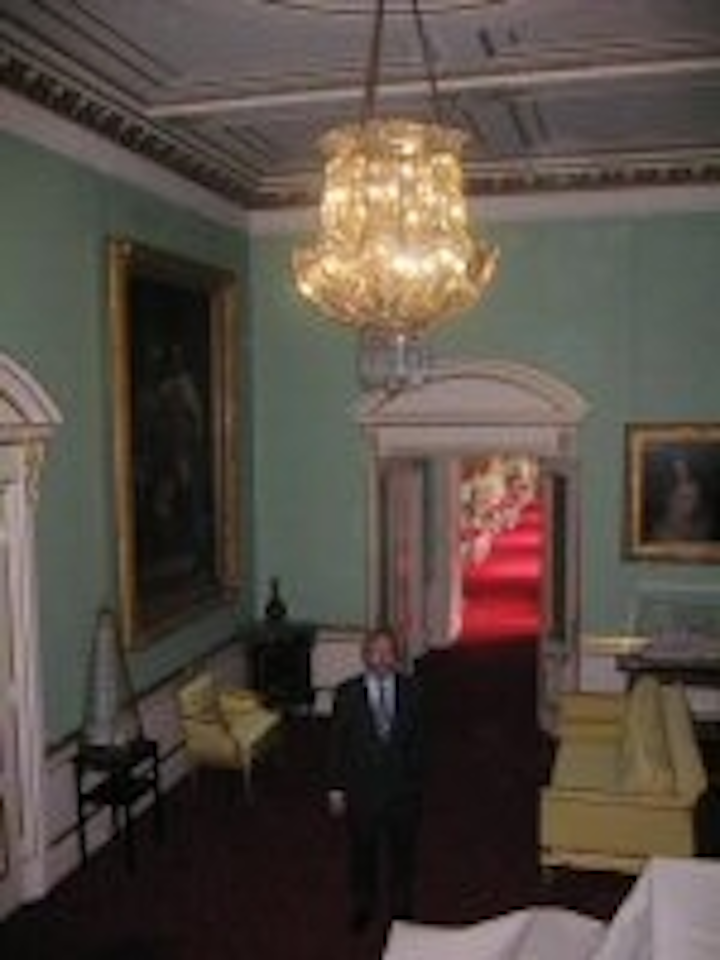 The exterior of the Palace was also lit with LEDs last year – see Philips lights up Buckingham Palace with LED lighting.

Bespoke and LEDtronics developed a unique method of illuminating chandeliers using LEDs. The project was undertaken at the request of The Royal Household, in an effort to reduce energy consumption and maintenance costs. The center room chandelier was nominated and all 32 twenty-five watt tungsten lamps were removed, and a low-voltage system controlling 2.8 watt LED lamps.

Energy savings in excess of 80% were realized, and the next re-lamping will not need to be scheduled until 2020. The next chandelier to be converted will be fitted with a warmer version of LED lamps, perfectly recreating the color temperature of tungsten lamps.

"The aesthetics of the respective rooms is a major consideration and consequently we needed an option on the color of the lamps. Bespoke lighting and LEDtronics have succeeded in providing the perfect solution for The Royal Household .and their energy saving strategy has been greatly enhanced”, said Pervaiz Lodhie, president and founder of LEDtronics and co-owner of Bespoke Lighting International.

“We are now perfecting an LED candle lamp for The Palace that will again assist them in their commitment to saving energy”.

Lodhie says that LEDtronics also recently worked jointly with Bespoke in illuminating the Grand Staircase in Buckingham Palace. "We installed around 32,000 LEDs, which included a combination of warm-white combined with red, green and blue, giving a range of several thousand color temperatures. The system is controlled remotely by radio transmitter.”