General Electric has bought Emcore's 49% stake in GELcore for $100 million, and has also announced an alliance with Japanese LED manufacturer Nichia. 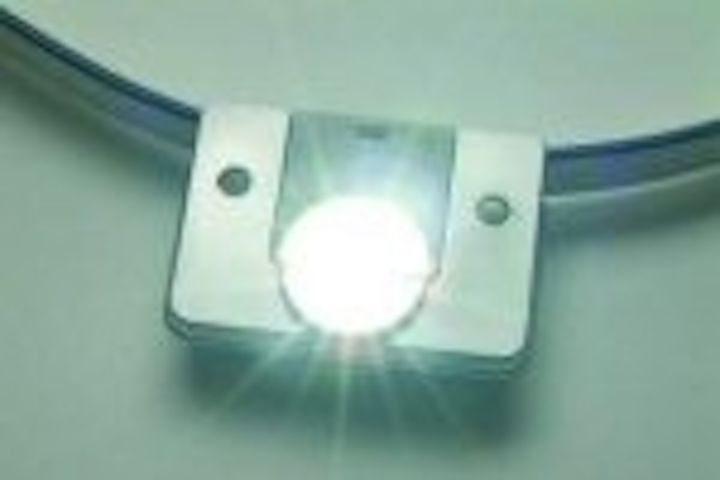 Emcore Corporation has sold its 49% interest in GELcore, a manufacturer of LED-based systems, to the Lighting operations of GE Consumer & Industrial, a division of General Electric (GE), for $100 million in cash. GE now has 100% ownership of GELcore.

At the same time, GE announced that it had entered a "strategic alliance agreement to support GELcore" with Nichia Corporation, one of the world's leading LED manufacturers. Specifics were not revealed, but this will most likely involve Nichia continuing to supply LEDs to GELcore, and the two companies sharing IP in device technology and phosphor development.

GELcore, based in Cleveland, Ohio, was established in 1999 as a joint venture between GE, one of the world's leading lighting manufacturers, and Emcore, a provider of compound semiconductor-based components and subsystems. Somerset, NJ-based Emcore is a former manufacturer of metal-organic chemical vapor deposition (MOCVD) tools that are used to grow LED device structures.

GELcore's products include traffic lights, channel letters, and other signage and display products that incorporate HB-LEDs. The company has also been developing white LEDs for the general illumination market, using UV LED chips in combination with unique phosphor blends, although these products have yet to reach the market (see our recent report from Lightfair).

By teaming with Nichia, GE will be able to make up lost ground on its rival lighting giants, Philips and Osram. Both these companies are now vertically integrated, to different extents, with the capability to manufacture LEDs in-house and integrate them into modules and systems. Philips recently acquired Agilent's share of high-power LED specialist Lumileds, while Osram has an in-house LED unit, Osram Opto Semiconductors.

GE says that the agreement with Nichia combines GELcore's LED system strengths in the Transportation, Signage, Specialty Illumination, and General Illumination segments with Nichia's extensive phosphor and optoelectronics products, such as LEDs. Both companies expect to benefit significantly from each other's expertise and penetrate the high-growth LED general illumination segment.

"This agreement is a true win-win outcome for both parties and clearly demonstrates GE's commitment to solid-state lighting technology," said Michael Petras, VP of Electrical Distribution & Lighting at GE. "GE and Nichia's combined excellence creates a preeminent alliance that is ideally suited to support GELcore's efforts to accelerate the growth and penetration of LED-based lighting solutions in the $12 billion global lighting segment."

GELcore is believed to be on target to generate revenues of around $100 million in 2006 – see GELcore quarterly loss hides underlying growth.