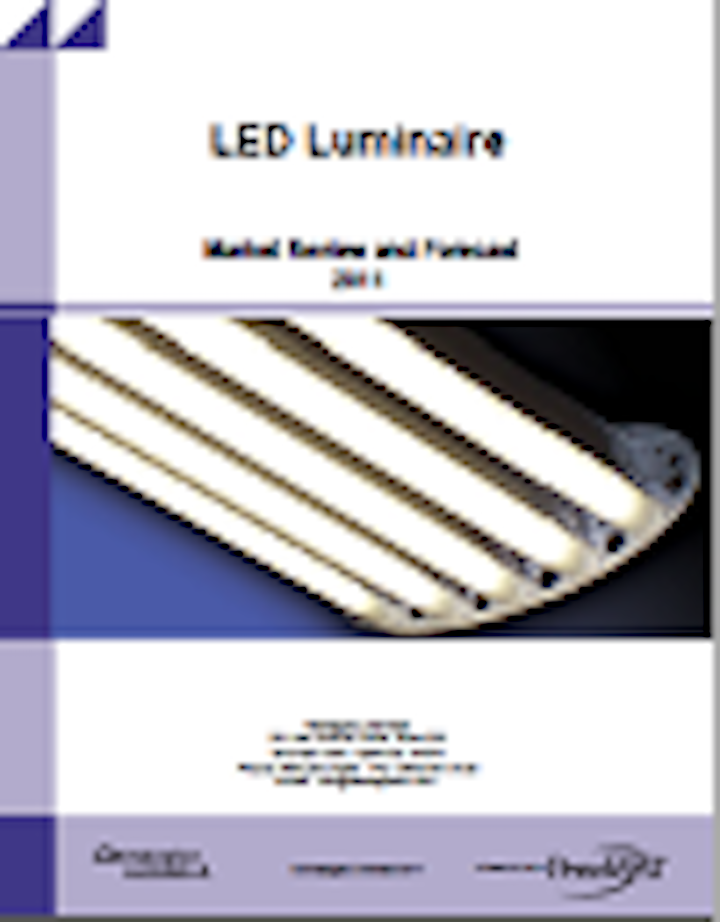 The LED lighting market is forecasted to grow to $8.3 billion by 2014. Several conditions, including improvements in performance and price of commercially available high brightness LED packages, heightened concerns regarding energy efficiency, and the phasing out of incandescent bulbs, combined to create conditions favorable for the adoption of white light applications of LED technology.

To understand this dynamic market and its driving forces, Strategies Unlimited has completed a comprehensive report that looks at the demand of the high-brightness LED lighting luminaire market. The report includes an application analysis, worldwide market review, five-year market forecast and an appendix of LED Luminaire manufacturers. This second edition report, LED Luminaires Market Analysis and Forecast is the most recent edition in a series of reports published on the LED industry by Strategies Unlimited