Seoul Semiconductor has reached an agreement with M-Vision to license patents related to a UV LED-based portable fluorescent forgery detector. 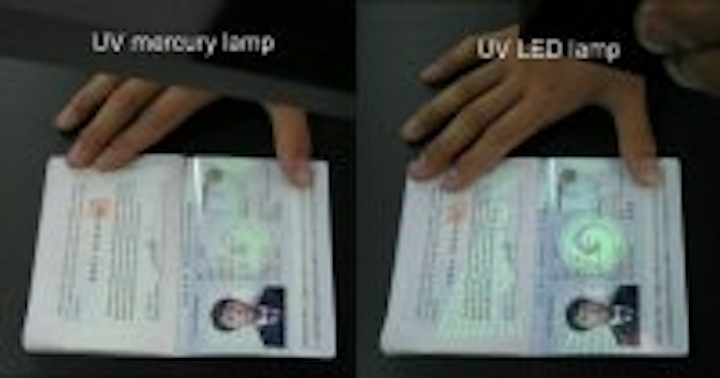 The detector uses UV LEDs to analyze documents. As part of the licensing contract, Seoul Optodevice will receive licensing royalties from M-Vision, an industrial optical component developer, based on sales of the detector.

Portable fluorescent forgery detectors are widely used for identifying forgery of bank notes, securities, passports, gift coupons, and ID cards by commercial banks and financial companies, as well as a number of other businesses. SSC expects demand for such products to significantly increase as counterfeit money raises issues around the world.

Seoul Optodevice claims to be the only company that has commercialized short-wavelength, deep-UV LEDs as of now.