Control technology for LEDs and other lighting remains fragmented at Lightfair

ZigBee wireless technology makes a modest Lightfair impression, but in general, proprietary remains the norm in the lighting-control schemes that are vital to SSL uptake. 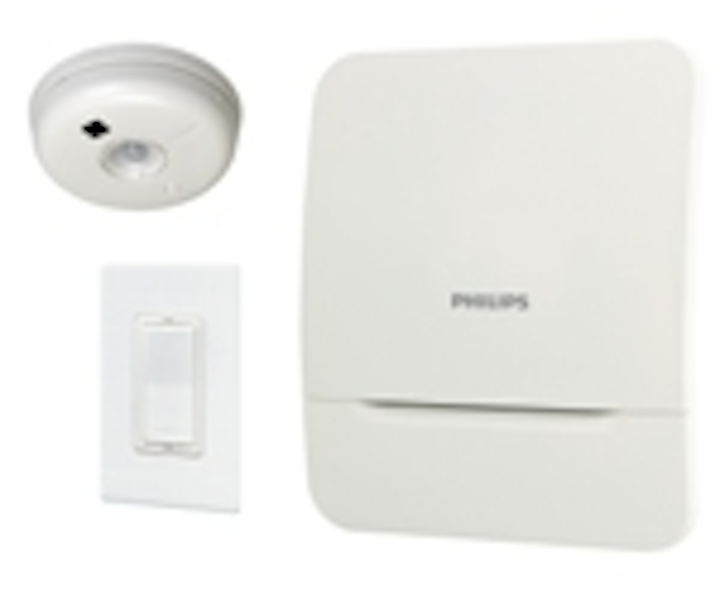 Leading into the Lightfair International (LFI) conference, it appeared ZigBee wireless technology was on a roll as the network of choice for LED-based and legacy lighting systems. But, the bulk of the companies at LFI showing control systems are still relying on proprietary network schemes. Some offer incredible potential for solid-state lighting (SSL), but lack of standards could continue to hamper the market.

The ZigBee Alliance has made considerable strides in enabling control in lighting systems in recent months, completing the ZigBee Building Automation standard last fall, and more recently the LED Light Link standard. Daintree Networks is a major ZigBee proponent, and the company had predicted a significant move forward by the technology at LFI. At its LFI booth, Daintree demonstrated its ControlScope ZigBee-based system and its recent addition of more ZigBee-based wireless adapters that can be retrofitted into SSL and other lighting products.

Philips Lighting was the biggest name at LFI with ZigBee-based products on display. Indeed, the company showed the previously-announced OccuSwitch Wireless Occupancy Sensor that combines a sensor and a ZigBee-enabled wall switch. At LFI, the company also announced the OccuSwitch Wireless LightManager (pictured). That product, however, appears to be a private-labeled version of Daintree's Wireless Access Controller.

The lack of ZigBee products at LFI certainly doesn't mean the industry isn't interested in control technology. Adaptive controls are considered a necessity going forward for energy efficiency. The question is whether we will see a single standard emerge with products from multiple vendors, or whether companies will continue to push proprietary products as our February feature on controls chronicled.

The other big names making controls news at LFI included Cree Lighting and Lutron. The duo announced that Cree would integrate support for Lutron's EcoSystem control scheme in the CR-family of troffers. EcoSystem is a proprietary system targeted specifically at commercial buildings and relies on a wired network. Presumably, Cree will include EcoSystem support in other lighting products down the road.

Back on the wireless side, several newcomers demonstrated wireless controls. Cool Lumens has a novel high-bay luminaire design that uses pods of track-like fixture heads – each with a mechanical design that features integrated cooling elements. The company has a proprietary wireless scheme that it has yet to detail.

Cool Lumens president Thomas McClellan described his objection to ZigBee, saying that the technology required extra devices called masters to interact with the individual lighting nodes in a network. What he was actually describing is called a coordinator in ZigBee parlance and there is one required in each network that lies at the root of the mesh. In reality, however, the coordinator function is implemented in a product such as the Daintree Wireless Area Controller. Generally, any wireless network will require a similar gateway device to bridge a lighting network back to control software that relies on an Internet-connected PC.

McClellan said that the Cool Lumens scheme would allow direct connection between a control device like a smartphone or tablet and the lights. We will have to wait and see how that might be implemented. Wi-Fi-based lights could certainly operate that way.

Zach Gentry, vice president of marketing and product management at Enlighted, also expressed several concerns about ZigBee. Gentry believes that fixtures need integrated sensors and the ability to operate autonomously based on pre-programmed scenarios. ZigBee doesn't prohibit such an approach, although it could be more economical to use one sensor in a room rather than one in each fixture in a ZigBee-based installation.

Gentry also said that all ZigBee-based systems aren't inherently interoperable. He said that ZigBee ICs from one semiconductor vendor won't always communicate seamlessly with ICs from another vendor. Watch for a column from Gentry in the next issue of LEDs Magazine. Enlighted has a proprietary wireless system, and the key enabling technology is a wireless sensor that can be retrofitted into existing luminaire designs for deployment in a networked system.

What was perhaps the most compelling controls-oriented demonstration at LFI came in a hotel suite away from the show floor and the technology is still in the development lab at this point. But venture-funded startup Ketra is working on an LED driver/controller IC that integrates a number of novel concepts.

For starters, Ketra intends to use LEDs both as emitters and sensors. In a typical driver scenario, LEDs are being pulsed on and off many times per second. Ketra said it can use the off time to turn some of the LEDs into sensors. It's known within the industry that light applied to an LED will cause the component to generate electricity. The level of current, however, is low and the fidelity of an LED as a sensor can't be good. But Ketra said it can get good relative measurements of light and even chromaticity using the LEDs as sensors.

The Ketra technology could enable color-tunable light sources when used with red, green, blue, and white LEDs, with the LED sensing function used to guarantee the correct color temperature. Moreover, the LEDs as sensors could also enable communications over a modulated light channel – again in the downtime when the LEDs aren’t producing visible light. Many companies have proposed using LEDs to provide network connectivity as an alternative to Wi-Fi. Ketra isn't after such high data rates. But its demo included control of lights from a smartphone based on light output from the phone's LED camera flash.

Ketra hopes to deliver its first IC in the fall. Maybe we will see the technology on the LFI floor next year.