As well as entertaining racegoers at this year's Grand Prix race in Monaco, Lighthouse LED screens have been used in several projects in France. 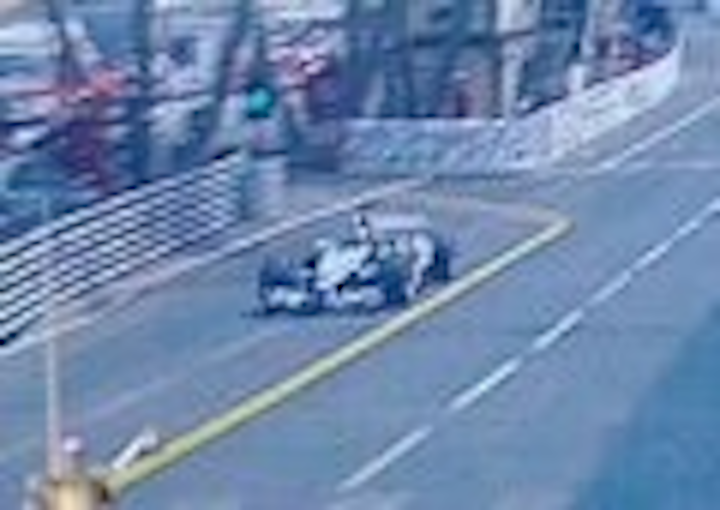 Lighthouse LED video screens once again took pride of place at one of the world’s most famous and exciting motor racing events, the Monaco Grand Prix. The demand for giant screens within Formula One has steadily increased and this year saw three more added to Monaco’s already substantial compliment. The action was relayed by a number of strategically positioned Lighthouse LED screens supplied to the Automobile Club de Monaco by French audiovisual company Lumison, allowing race-goers a clear view of Kimi Raikkonen’s convincing win for McLaren-Mercedes.

Two Lighthouse 20mm pixel pitch LED screens, one of 120 and one of 16 panels were placed 30m above ground level on the roof of the Hotel Palace: the larger of the two screens for spectators viewing from the port; the smaller for VIPs viewing from the terrace of the hotel Hermitage, with a 16-panel screen placed, as in previous years, at the swimming pool.

A further two 16 panel Lighthouse 20mm screens were positioned in front of the pit lane for the new VIP seating area, with a 25 panel screen at the entrance to the pit lane for spectators at the Palais du Prince overlooking Monaco-ville.

This screen was installed on scaffolding and set at an upward angle of 10 degrees to give a superb view to the audience seated at one of the highest points on the racetrack.

Lumison has supplied a number of other high-profile events with Lighthouse LED screens. BNP Parisbas holds its annual conference at the Palais Des Congres De Paris each year for 5,000 of its employees. For this year’s event held in May, Lumison supplied 50 panels of Lighthouse R10 10mm pixel pitch LED video screen strategically positioned to provide an eye-catching effect.

"The set was quite unusual looking,” explains Lumison’s CEO and owner Pierre Heyligen. “We stacked LED panels on the stage in a variety of configurations – as single panel, 2x2 panel, 4x4 panel and 4x6 panel screens – to create a very appealing result.” Another R10 screen, measuring 36 x 10m. was flown at the back of the stage to show footage of the presenters.

The screens were controlled with Snell & Wilcox LH and Lighthouse’s new LIP KX M4 processors and Lumison also provided 18 video projectors to display images on the stage’s backdrop, synchronized with those on the LED screens.

The beginning of April saw Lumison providing the screen requirements for Espace Clacquesin in Paris. Hosted by "La Compagnie Des Realisateurs" – a French union for independent television producers and directors – the event attracted 800 guests from the upper echelons of the TV, advertising and entertainment world.

A screen was placed at either end of a central stage and Lumison’s artistic vision was brought to the fore with 7x7 panels (8.96 x 6.72m) of Lighthouse 20mm screen positioned at one end of the room, with another 7x7 panels (4.48 x 3.36m) of R10 screen hung centrally, 550mm in front of the first screen, to create a feeling of visual depth. The screen at the opposite end of the stage was a further 36 panels of 20mm in three 2x6 panel configurations.

Finally, for a high profile fashion show held at the Lagerfeld Gallery at Paris’ Carrousel Du Louvres in March, Lumison used a total of 70 panels of Lighthouse 20mm pixel pitch LED screen at the start of the catwalk. Comprising a central 7x6 panels (8.96 x 5.76m) at the rear, another 3x6 panels ( 3.84 x 5.76m) sat centrally and one metre in the front of the first to create a chicane for the models to walk through before reaching the catwalk.

An additional length of five panels, two metres above the stage, was positioned at either side of the central screens and the entire compliment of screen randomly displayed the letters of Lagerfeld’s name.

Heyligen concludes: “Lumison has been active in the French LED rental market for a considerable time now and the benefits that Lighthouse screens can bring to the staging of these big events are continuing to capture the imagination of the organizers.”