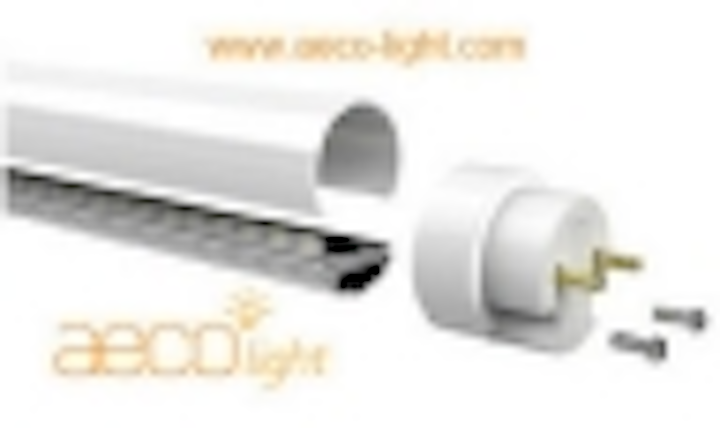 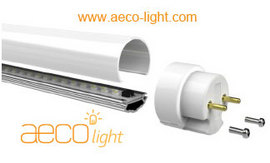 The initial model available from the new T-Series is a 22.5 watt 4-ft. T8 LED tube that delivers 2250 lumens (@ 5000K color temperature) - a full range of new models will be released by the end of the month, including 2-ft. and 8-ft. lengths, with an internal driver version to be launched sometime in August. Pricing for the new model has yet to be announced, but MSRP is expected to be around 15% less than the previous generation.

About Aeco Light:
A division of the Aeco Life Group, Aeco Light is a company focused on providing LED lighting products and services which reduce energy consumption and encourage a âgreenerâ lifestyle without any compromise. Helping us to deliver on this promise is the unique attribute of being both a lighting design company and a lighting manufacturer. With headquarters located in the LED manufacturing hub of Taipei, Taiwan, Aeco Light is a global organization with regional branch offices in Tokyo, Japan and Seattle, Washington.