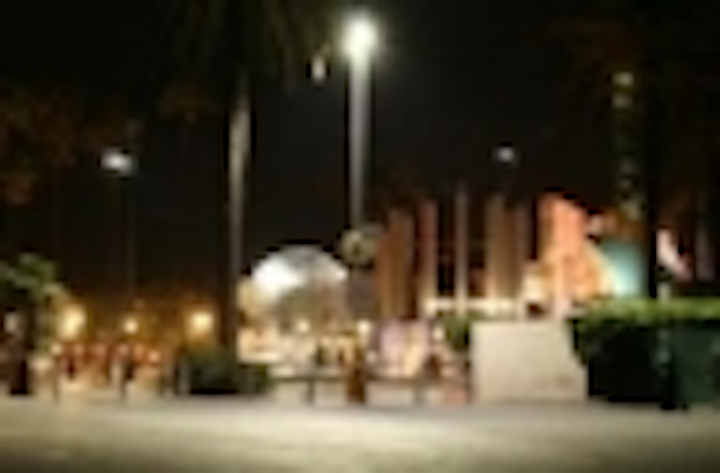 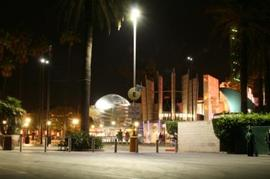 Los Angeles County has stringent light pollution guidelines and Cireon was asked to develop a custom solution that would not only increase the light levels for the attraction, but do so without spilling unwanted light into the adjacent residential areas. Said Dilbeck, âOur competitors sample installations werenât even close to adhering to the ordinance. We combined our optics and a specific luminaire energy level to walk right up to the line of the ordinance without stepping over. This gave Universal the best possible lighting system that adhered to the required guidelines."

Built in 1993 as one of the regionâs first Urban Entertainment Centers, Universal CityWalk Hollywood is a three-block entertainment, dining and shopping promenade. Patrons can visit more than 30 restaurants, a 19-screen movie theatre, seven entertainment venues including the Jon Lovitz Comedy Club, indoor skydiving and dozens of retail locations.

âIt was great working with Universal,â said John Gilmore, National Sales Manager for Cireon. âWe performed numerous tests with various optics to ensure that CityWalk was satisfied with our solution. Not only did we improve their light levels for their massive outdoor space, but we were able to do so with 50% less energy. This will save Universal a considerable amount of money over the life of the system while dramatically reducing their environmental impact.â

âCireonâs reputation for technical excellence and customer service preceded them. We are thrilled with the work that Jim, John and their team have completed for CityWalk and look forward to working with them again in the future.â Steve Hamm, Director, Technical Services of Universal CityWalk Hollywood.

The Cireon Cascade luminaire has become one of the fastest-growing products in the LED industry today. Over the past 12 months, Cireon products have been installed at several other high-profile locations including the Garment District Downtown Manhattan (where 370 fixtures were installed in a 30 block radius).

âCireonâs sales have increased over 400% from last year,â Gilmore said. âThis is a testament to our companyâs ability to service the market and provide high quality, American-made LED fixtures.â

Light level readings
These varied dramatically throughout the site. The foot candle levels are as low as .05 and as high as 1.75. After the installation, the light levels increased by approx. 300% to 400% and fully complied with the IES standards. They went from 1.0 to 5.5 depending on the location of the reading.