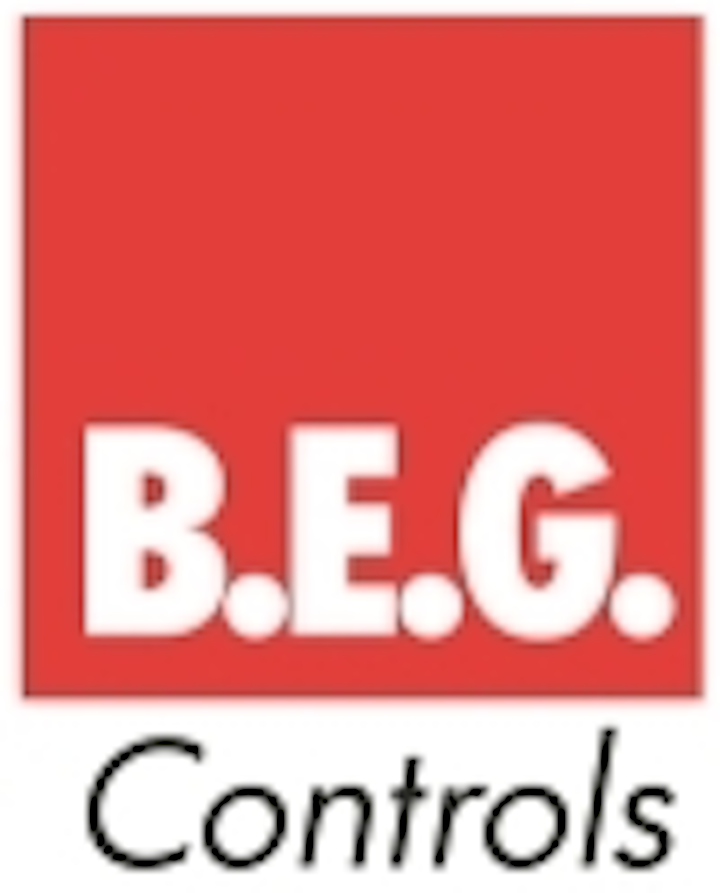 “We live in a much more connected world and building technology needs to reflect that. Lighting and building automation components need to be able to communicate with each other regardless of brand. This can only be achieved through the widespread adoption of open building communication protocols.” says Michael Johnson. “B.E.G. Controls is committed to the use and advancement of open protocols such as Dali, Zigbee and BACnet for lighting control applications.”

The company will hold the official unveiling of their U.S. product line at LIGHTFAIR® International on June 3rd-5th in Las Vegas at booth #6419.

About Brück Electronic GmbH
B.E.G. Brück Electronic GmbH is family owned and was founded in 1975 with its headquarters in Lindlar, Germany (near Cologne). In 1986 B.E.G. became one of the first companies in Germany to produce motion detectors for automatic lighting control. They have since become renowned throughout Europe as a leading producer of high quality, indoor and outdoor motion, occupancy and vacancy sensors for both commercial and residential applications. B.E.G. has sales organizations in Germany, England, France, Italy, Denmark, Belgium, Hungary, Romania, Australia and now the United States. In addition to lighting control products, the company also produces a comprehensive line of emergency lighting and exit sign products.