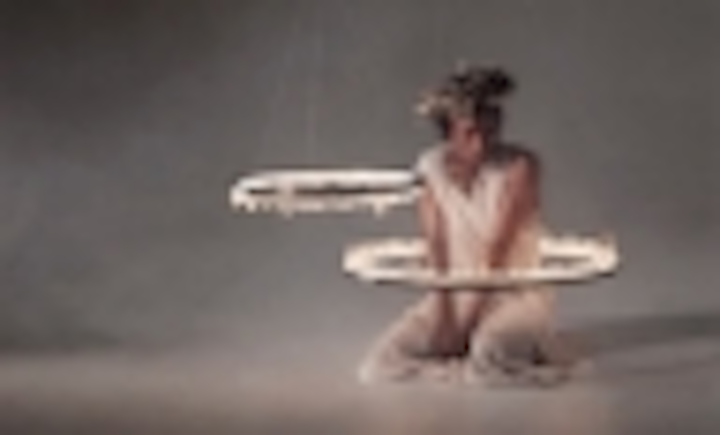 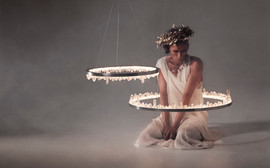 Christopher Boots, a rising star of designer lighting, based in Melbourne, Australia, recently launched his collection of pendant lights at The New Black applied arts gallery in San Francisco. âThe New Black pioneers in bringing my work in the United States,â said Boots. âI'm delighted to have a new home in a fabulous city, San Francisco, which I'd proudly call my second home.â

The NWBLK is a retail environment headed by Steven Miller, âwhere designers, craftsmen and makers conspire to produce and present the furniture, fashion and objects that define the 21st Century.â Other new designers showing there this autumn include Tom Strala, Christopher Roy McConnell and Luis Pons.

The next stop was Chicago where Bootsâ exclusively hand-made luminaires launched at Gary Lee Atelier. Boots rounded off his world tour at 100% Design in London in September.

But first in Chicago, the Gary Lee Atelier showed an edited portfolio of design that shares qualities of âtimelessness, design integrity, and quality of craftsmanshipâ and includes Garyâs own designs for Chai Ming Studios.

Boots has been quoted describing his work as âRefined, raw, chunky, elegant, primal, complex, simpleâ¦â Certainly his materials reflect nature at itâs most primal: steel, quartz crystal, zinc, bronze and borosilicate glass are among his favourites. This year Bootsâ themes include poetry, geometry, gold, and minimal-maximalism. As always the titles of his pieces reverberate with reference to the classical world, the history of science, myth and legend.

Prometheus is a standout pendant light shaped like a ring of crystal fire, while Phasmida in copper, steel and glass forms a glowing branch, which echoes natureâs exquisite balance and proportion. Bucky is a Y-shaped steel and gold pendant with a strong presence casting a warm incandescent light.

At his studio in Fitzroy, Boots and his team hand make these unique pieces and strive to âkeep pushing the boundariesâ as he puts it. All products are made using a broad variety of techniques by a team of glassblowers, coppersmiths, ceramicists, sculptors, and bronze casters, all sharing a commitment to the high quality. Boots works with these artisans like a conductor leading an orchestra playing in perfect harmony.

Last year Boots attempted to create one new product per month, as a way of keeping fresh and energetic. Additional pieces are custom orders following trade fairs in New York and Milan.

His background is interesting: Boots began by studying Cinema, Linguistics and Media at La Trobe University but completed his degree in Industrial Design at Swinburne College â where he specialized in Product Design Engineering.

Boots then went on to work under the legendary Geoffrey Mance in Melbourne, and created the Mance Design Studio after Geoffrey passed away suddenly in 2007. In late 2011 Boots realized he needed a studio of his own and âChristopher Bootsâ was launched on the auspicious date of 11/11/2011.

In the UK Christopher Boots designs are available from Fiona Barratt Interiors and their new store in Pimlico Road, âFBCâ.