RONDOpro, the Smart Desk Lamp that Represents the Newest Evolution in Illumination, Launches on Kickstarter 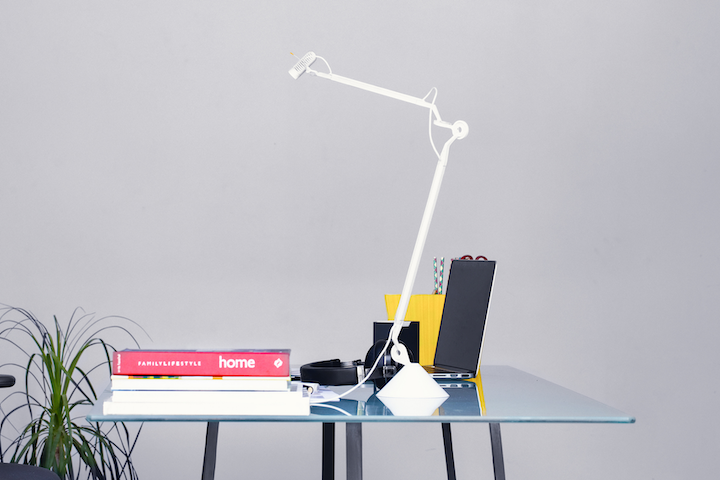 Pariente Ventures, Inc. launched the RONDOpro on Kickstarter today -- a lightweight, motion-sensitive, modern desk lamp device designed to give power to the user.

RONDOpro has a minimalist design and pleasing geometry that takes a completely new approach to the desk lamp.

The new smart desk lamp motion detectors signals the user with unique flashing, notifying them to turn the light on and keeping the illumination going until the lamp no longer detects motion. When that happens, the RONDOpro turns itself off. Even then, the “smart-night” feature gives off a bit more light so that the user can safely get out of the office – or, for home use, get into bed safely.

“As a designer I’m impressed by precision,” designer and company founder Dvir Pariente said. “I planned for limitless movement, and an easy assembly.”

The lamp is designed to achieve that limitless movement thanks to its circular hub hinges, which give it full rotational capability within its space.

The RONDOpro lamp uses a high-power, low-consumption LED light that produces 650 lumens of light or more (equal to nearly 60 watts), but only uses about five watts of electricity -- adding up to savings over time.

When the RONDOpro detects a user’s presence, it sends out a distinctive blink as a reminder to that person to turn the light on, aiming to give power to the user. The lamp’s large diameter means users get light just where they need it, which is important to the health of their eyes.

Desktops, hotel rooms, workplaces, dorms and more can benefit from the RONDOpro lamp and its small, low footprint.

“It was only natural for me to design in aluminum,” Pariente said. “For me nothing beats the qualities you can achieve with it.”

For further information about RONDOpro lamps, visit the campaign page on Kickstarter.

ABOUT RONDOpro lamps
The RONDOpro lamp, from Pariente Ventures, Inc., is the brainchild of Israeli designer Dvir Pariente, a graduate of Jerusalem’s Bezalel Academy of Arts and Design. The RONDOpro lamp started as his graduation project, drawn on a piece of paper in 2010 with a prototype formed from modeling foam board and drinking straws. Since then Pariente has worked to develop the lamp, manufacturing parts in China, working with domestic CNC (computer numerically controlled) factories and doing prototypes of electronics. He added pro to the product name because the RONDOpro represents the professional version of his vision, which took its inspiration from the movements of industrial robots. “The timing of their movement makes them look like they are dancing,” Pariente said. The RONDOpro is geared toward early adopters and anybody who likes clean, geometric design.