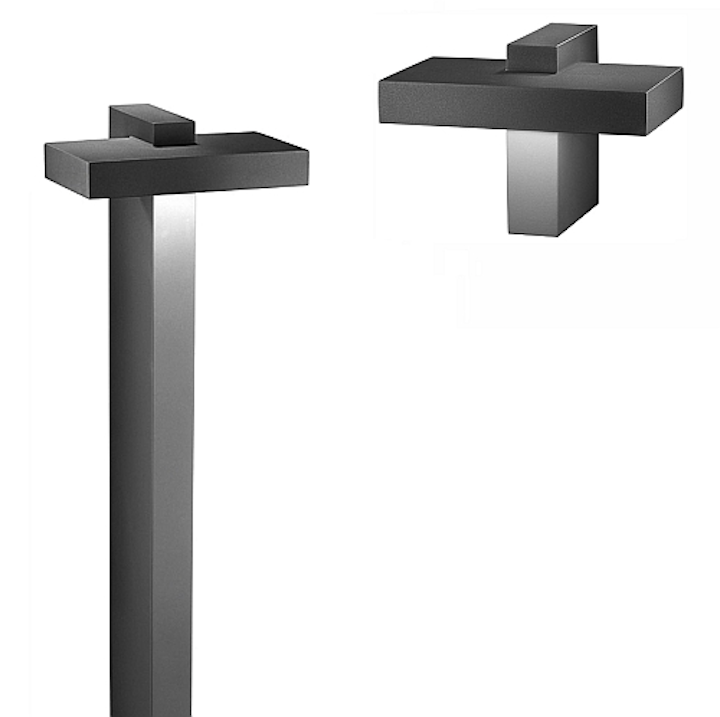 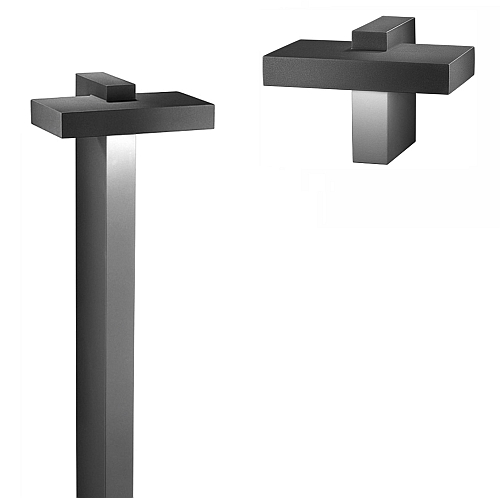 Fidenza and Genua share similar forms, employing rectilinear planes as the foundation of their appearance. Fidenza emphasizes planar shapes as vertical elements, while Genua stresses a horizontal orientation. The bollard shafts and wall brackets on both models echo the luminaire styling for a cohesive overall appearance.

Padua employs a simple cylindrical shape as the luminaire body. Concave detailing on the bollard shafts and wall brackets cradle the luminaire in a symbiotic relationship. The blend of circular and linear detailing combines to seamlessly integrate into contemporary architecture.

The spherical influence is emblematic of Carini. The matte acrylic luminaire sphere juxtaposed against a rectangular backstop of the bollard shaft or wall bracket is both contemporary, yet nostalgic.

The AVANGARDO 2 luminaires are human-scale and well suited for intimate spaces where understated styling enhances the architecture. The luminaire series features integral electronic LED drivers for ease of installation.

Construction and Finishes: AVANGARDO 2 housings utilize a combination of cast, extruded, and fabricated aluminum in the luminaire construction. Bollard shafts are extruded 6061 aluminum. All hardware is concealed and stainless steel. Lenses may be clear tempered glass or acrylic depending on the model.