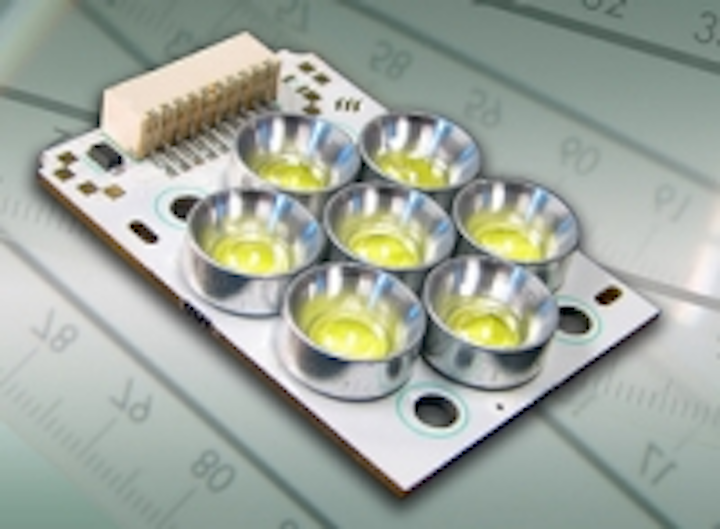 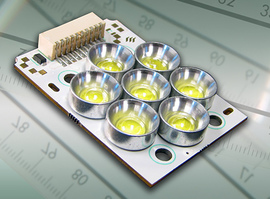 Both products will be unveiled and demonstrated April 18-23 in Milan, Italy at Euroluce, Europe’s premier lighting show. They will also be shown at LightFair International 2007 in New York City May 8-10.

The TitanTurbo represents the state-of-the-art in high output LED light engines from industry leader Lamina. Delivering more than 2,000 lumens in daylight white and more than 1,000 lumens in warm white light, these LED light engines offer unsurpassed performance for all general lighting applications. The TitanTurbo Warm White has an enhanced red and orange color spectrum that makes it ideal as a halogen or incandescent replacement.

While advances in solid state lighting have been very rapid, until now, the brightest commercially-available LED light sources have only been able to rival the light output of a 20-30 watt tungsten accent lamp – bright, but not ready to replace more powerful lighting needed in homes, offices and exterior applications.

“The light emitted by most white light LED products currently on the market is ‘cool’ in terms of color temperature – similar to most mercury vapor fluorescents,” explained Frank M. Shinneman, Lamina’s president and CEO. “That’s fine for many applications like lighting offices, but it’s not the ‘warm white’ light we want in the living areas of our homes, restaurants and other intimate environments.”

Among many possible uses, Mr. Shinneman noted both TitanTurbo models are uniquely suited for commercial and residential recess down lighting, architectural lighting and lighting for streets and perimeters.

They feature a standard 60-degree beam pattern with additional wide, medium and narrow optics available. An integral EZ-Connect™ board eliminates the need for soldering and the metal base of each is electrically isolated, allowing wiring in parallel or series on a common heat sink. Both models feature integrated protection from electrostatic discharge (ESD) and superior thermal performance, resulting in long life, high lumen maintenance and outstanding reliability.

Lamina is the leading manufacturer of high power LED light engines and is leading the transition from traditional lighting such as incandescent, halogen and mercury vapor fluorescent to solid state solutions for general lighting. Lamina offers the brightest solid state light engines in the industry and is enabling this lighting evolution by delivering highly reliable and functional LED lighting solutions. The company is supported by an industry-leading global sales and distribution network.