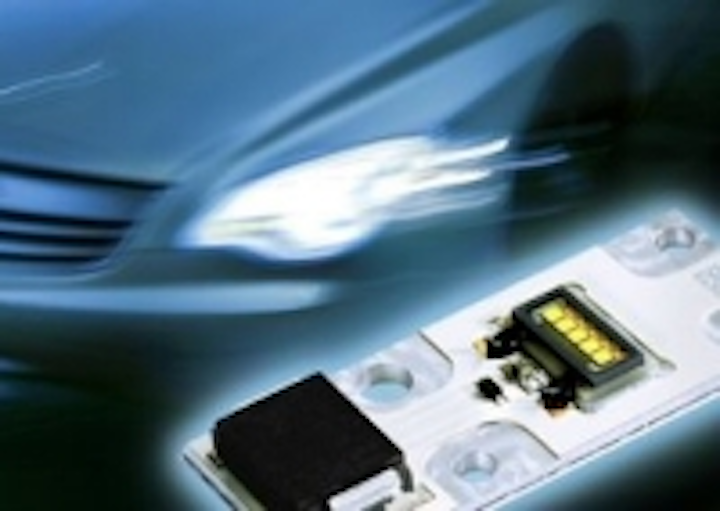 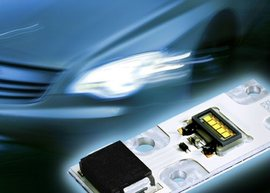 OSRAM Opto Semiconductors has further developed its OSTAR Headlamp LED, which has been certified according to the automotive standard, making this LED light source much brighter than ever before.

At an operating current of 700 mA this high-power light source now achieves peak values of up to 620 lm and consumes 12 W. Its typical brightness is 500 lm.

Initial samples are already available. Volume production will start at the end of 2008.

The new OSTAR Headlamp LED is now more than twice as bright as its predecessor, which at 250 lm was already one of the top performers in its class.

The high-power LED does not have a lens. Its five chips are connected in series and produce light with a color temperature of 6000 K. In future, three or four OSTARs will be enough to produce the 1000 lumen required for headlights.

The exceptional brightness values have been achieved thanks to an impressive combination of measures. In the OSTAR Headlamp OSRAM makes use of all the features that provided the OSTAR Lighting with a significant boost in brightness (1000 lm).

The package has been designed for example to minimize reflections. An improved converter and advances in thin-film technology have improved luminous efficacy still further.

The brightness of the OSTAR Headlamp has been increased by almost 100% to as much as 620 lm.

Like all LEDs with thin-film chips, the OSTAR Headlamp offers a high luminance which is further enhanced by the closely packed chips. It can be combined with small optics, takes up very little space and offers designers maximum freedom.