DBN supplies lighting and LEDs to The Warehouse Project 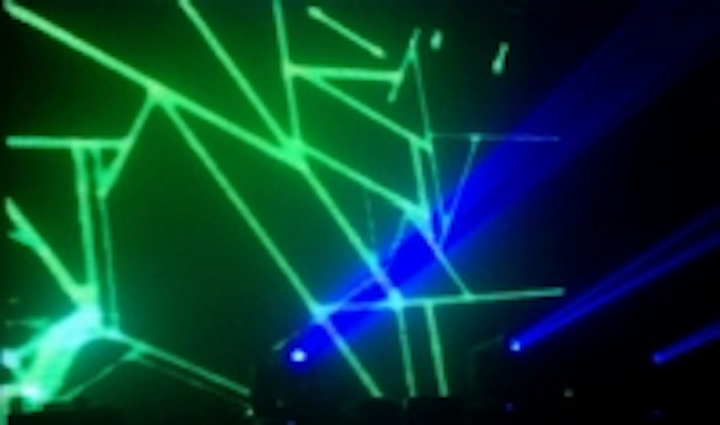 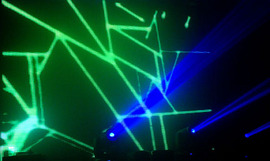 Manchester UK based DBN Lighting has once again supplied a spectacular production visuals design - for the first time incorporating LED surfaces in addition to lighting - plus equipment crew for one of the City's legendary contemporary cub nights, The Warehouse Project (WHP).

Running every Friday and Saturday nights from September to New Year's Eve each year, the WHP phenomenon unites the very best DJs and live artists in an energetic, vibrant dance party environment, all staged in a former air raid bunker underneath Piccadilly station, which is part of the Store Street Car Park by day.

DBN's Pete Robinson created the production design which had to be flexible and offer plenty of variety for the 14 week season. Now being well acquainted with the venue, the physical installation challenges are known quantities for the DBN crew, so the pressure comes more from the fact that all the kit has to be installed in a 3 hour gap between the car park closing at 7 p.m. and the event staring at 10.

Since WHP has been at the Store Street site, they have created over 70 rigging points, chemically fixed to the concrete shell of the venue, to accommodate decor and scaff bars as well as lighting and sound. Some are rated at 50 Kgs and some at 500 Kgs.

This year, there are 3 overstage trusses to light the bands and the DJ performance area, with another 4 trusses around the dancefloor, the longest measuring 8 metres.

Due to the arched shape of the ceiling, shorter trusses are used in the highest positions over the stage to maximise the headroom. Moving lights for the stage are 8 Clay Paky Alpha Beam 300s and 4 Alpha Spot 575 HPEs which give plenty of options, plus 12 of the new i-Pix BB 2x2 LED units with 10 degree lenses.

It's the first time Robinson has used the new i-Pix fixtures, and he's most impressed, "They definitely make a statement," he comments, explaining that the beams are very different to a Molefey, and you can get great dimmer and colour chases going, creating some very "funky effects" by inventive programming of the individually controllable pixels.

The stage floor is left clear in case visiting bands want to bring in their own productions and to leave space for the DJ's rolling risers, but extras from the DBN warehouse - conveniently just around the corner - are provided when the occasion calls. Robinson says that the Clay Paky Alpha Beam 700 is their favourite fixture to include in a floor specials package - the intense beam light shooting out low across the dancefloor, slicing through the smoke makes a great dramatic impact!

The dancefloor lights consist of 8 Alpha Wash 300s, 12 Martin MAC 250 Entours and 4 Atomics, and new for this year are 20 Sunstrip battens. The 4 dancefloor trusses run down either side of the venue, with 5 Sunstrips on each, arranged so interlacing patterns can be run through them or they can be used as blinders.

The control desk is an Avolites Pearl Expert with a Touch Wing which gives a whole raft of additional programming features like more encoders and access to presets.

Three DBN operators run lighting for the events - Tom Ralston, Nick Buckley and Chris Philips - and the standard running times are from 10 p.m. to 5 or 6 a.m.

There is also a second room ensconced in a dark part of the venue. In here are 10 High End Trackspots, still going strong after all these years, giving a touch of old skool vibe. Also on the rig are 12 i-Pix Satellites and 2 Atomics, with an Avo Pearl Tiger for control.
DBN is also supplying generic lighting for another bar and chill out area.

For the first time, LED surfaces and video have been supplied as a core element of the design and visuals package, with production company Ear To The Ground keen to keep the look and feel of WHP events developing. The LED surfaces are also a new acquisition for DBN.

At the back of the main stage are 50 panels of Hartwell Media P18 LED - an 18 mm pitch product distributed Studio Due. Content for this is fed directly from the Warehouse Project's VJ mixer into a Folsom switcher and then out to the LED.

In Room 2, there are 7 panels of the same in a strip along the front of the DJ booth, fed with content from DBN's Hippo Critter, triggered by the Pearl Tiger.

The 2010 WHP season is proving hugely successful with frequent sell outs, illustrating that there is still a huge demand for accessible, limited run events with top performers and quality production values.