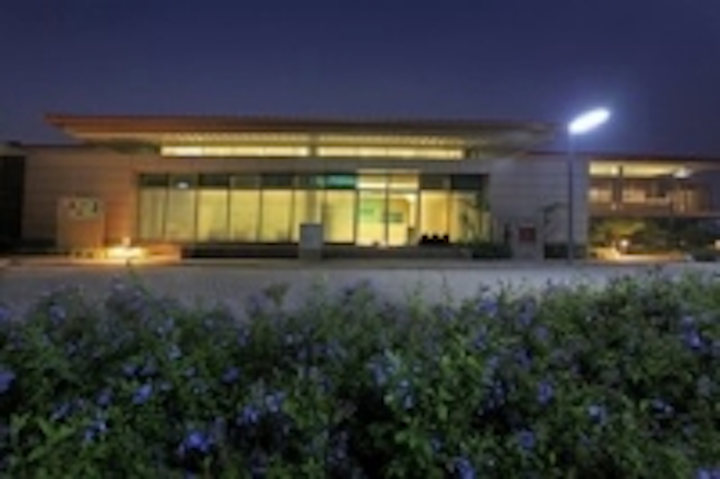 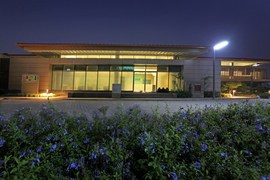 VS-Villingen, Germany - Suzlon Energy Limited (SEL), Asia’s largest and the world’s third largest wind turbine manufacturer, received the Leadership in Energy and Environment Design (LEED) Platinum Award at the end of April for its new corporate headquarters. Developed on an area of 41,000 square metres for 2,300 employees, the facility is one of the largest green building projects in India. Hess AG provided the energy-saving outdoor lighting.

LEED, an American seal of quality, is considered the most established international system for green building certification. Its rating of sustainable building incorporates all phases of the lifecycle. Only buildings and developments that meet the specified environmental criteria for green design and construction receive certification. The rating consists of six categories for which credits are given. The total of points awarded determines how the building is certified. With the platinum award, “One Earth”, as the project is called, received the highest of possible award.

Materials, water and energy management throughout the entire campus strictly target resource conservation and reduced carbon foot print objectives. The architecture is designed to permit the maximum utilisation of daylight with ninety percent of the workspace having daylight exposure. Sensors control the use of artificial light, computers and other electrical devices, reducing electricity consumption. Energy-efficient LED streetlights from Hess AG illuminate the outdoor areas with 30-watt rated input per lighting unit. Fitted with the newest generation of LEDs in 24-diode configurations, the luminaires operate entirely on renewable electricity that is generated onsite. In addition to the LED technology of the luminaires in the Millennio series, the elegant design of the lighting fixtures was a major reason for their selection by the developer. For Christoph Hess, CEO of Hess AG, the order underscores once again, “Hess’ international leadership in high-tech LED solutions for outdoor lighting”. “Moreover, the Asian customers appreciate the aesthetic quality and unique character of our products,” explains Hess.

From its headquarters in Pune, Suzlon Energy Limited oversees its subsidiaries in Asia, the USA and Europe. The German subsidiary is located in Hamburg. Suzlon also operates a research facility in Rostock.