Kingsun LED street lighting in City of Alicante in Spain 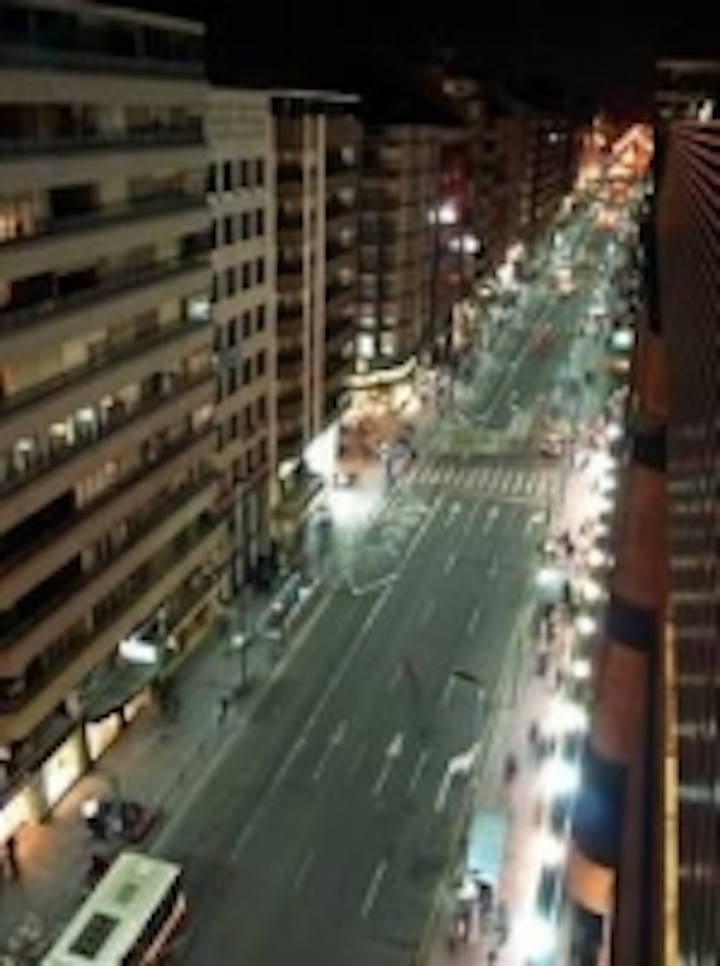 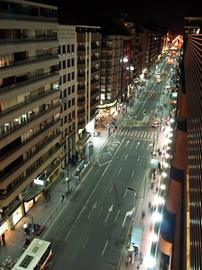 Good news coming from our exclusive distributor Kailas/Lido，hundreds of Kingsun Street Lights has proven its suprising performance in in one of its main commercial streets: Avenue Maisonnave. see reports from Interempresas:

In order to decrease energy expenditure, the Alicante City Council has installed hundreds of LED lights in one of its main commercial streets: Avenue Maisonnave. The new lighting will allow the local office a 66% reduction in electricity consumption, resulting in the number of emissions of carbon dioxide (CO2) and sulfur (SO2) annually that reach the atmosphere. That is, about 23 tons. With this action, the Local Government renews the appearance of this avenue, laying new LED technology lamps instead of the above, sodium vapor.
Anna Leon

Vista Avenue Maisonnave (Alicante), with new lighting.
The environmental commitment of the consistory Alicante reaches the street. The people who visit Maisonnave Avenue will see a new lighting in tune with 'the times'. Almost a hundred LED lights replacing the previous sodium vapor lamps, which contributes to a 66% reduction in carbon dioxide emissions and sulfur into the atmosphere. The new lighting emits a total of 12 tonnes of CO2 per year compared to the 35 generated by conventional lamps. Specifically, about 23 tons. The luminaires placed, with an energy rating of class A, are made from recyclable materials and non-polluting. Also meet the prerequisites of the new European legislation on energy conservation and light pollution into force on 1 April.

Almost a hundred LED lights replace the previous lamps with a 66% reduction in carbon dioxide emissions and sulfur into the atmosphere. The new lighting emits a total of 12 tonnes of CO2 per year, compared with 35 of the conventional
Lighting, LED-based technology, will produce an annual cost of 4145 euros per year, a 68.45% less

In addition to limiting emissions of carbon dioxide (CO2) and sulfur (SO2), the use of LED technology will contribute to a reduction close to 66% in electricity consumption. This is because the new lights are spending a total of 4145 per year, compared with 13,139 of sodium vapor lamps. In this way, the city will avoid the waste of 8994 euros a year (68.45% less) with the installation of these 99 units. Also, LED lighting, provided by the Energy Saving Lidolight company, have a lifespan exceeding 10 years, compared with two years of a sodium vapor bulb. In numbers, the administration will pay 89,940 euros less Alicante along the decade, limiting the cost of maintaining the facility.


LED-based lighting on the roof of an ambulance. Photo: Rui Caldeira.
The new lights are spending a total of 4145 per year, compared with 13,139 of sodium vapor lamps. The consistory Alicante avoid the waste of 8994 euros a year (68.45% less) with the installation of these 99 units
In another vein, the new lighting and light pollution prevents that directs light precisely into the desired area. A whiter light that highlights the image of the shops on the avenue Maisonnave. You better distinguish colors and shapes, in contrast with the orange lighting of the lamps feature traditional sodium vapor. The new lighting, Maisonnave Avenue, has an internal circuit that allows power transmission operation fails if one of the LEDs. Thus, there is no complete shutdown of the luminaire. Lidolight Saving Energy is one of the few companies in the sector to facilitate LED lighting for over six meters.


Using LED technology, light pollution is removed. Photo: Tristan Benninghofen.
This was not the only foray into street furniture company from Alicante. Previously, Lidolight Saving Energy was responsible for the LED lighting of the square of the Montaeta, commissioned by the City of Alicante. With this reform, halved energy consumption and emission was removed 15 tons of CO2 annually. In addition, the company installed 47 LED lights in the new commercial area of San Vicente campus of the University of Alicante.