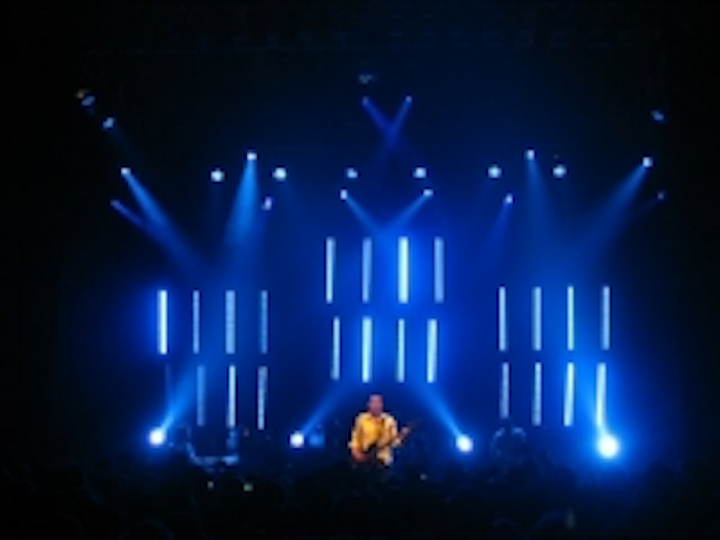 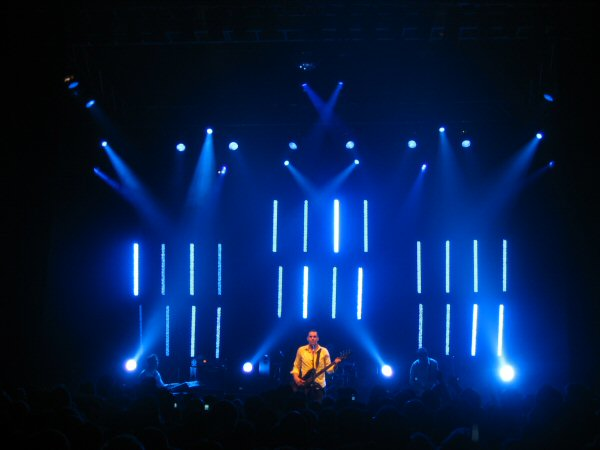 Stylised and sleek British four piece Kubb have just recently played a sold out show at London’s Shepherds Bush Empire to support their ‘Mother’ album. It was a taster to a Spring UK tour of universities, clubs and small theatres and the summer festival circuit.

The show was designed and operated by Neil Trenell who has previously designed shows for Lucie Silvas and Daniel Bedingfield. Neil has worked with Kubb on various showcases over the past year gradually building the show into what it is today.

Neil discussed various lighting ideas with the band. With these taken into consideration and the practical implications of a smallish rig he set about the design.

He explains: “I wanted to create a very high impact show with a lot of shadow and contrast from the back, while still being able to get the rig up quickly with minimal rigging. Running the 1044s in MAX2 gave me the effects I required with the added flexibility that the Diamond 4 allowed me to change looks instantly.”

The 1044s were in three separate blocked areas of 8 units. The outside blocks were hung on manfroto stands, while the centre block upper units were hung from the house trussing. The bottom units were also hung on stands.

The show was programmed and controlled using an Avolites Diamond 4 Elite - and the same equipment will be used on the tour. All the lighting is supplied by HSL.