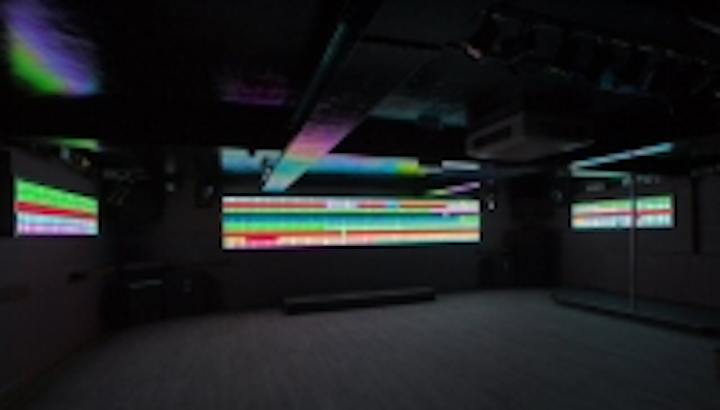 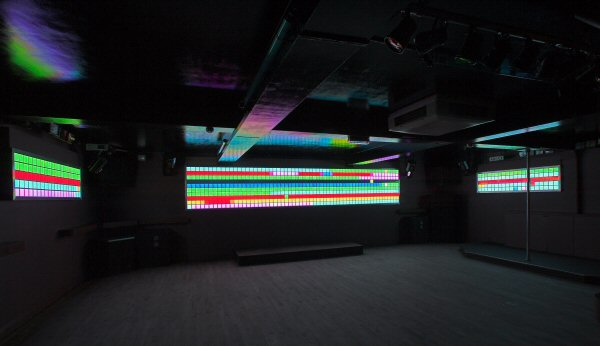 James Ussher wanted to produce something visually stunning, totally different and with a high WOW factor on the dancefloor at Oxford’s most popular clubbing destination - The Bridge - when he was asked to co-ordinate a recent technical revamp.

His decision to do this with Element Labs VersaTILES, supplied by Projected Image Digital has resulted in the first UK club installation of the product.

Ussher and his company Ussher Productions have been capacity, independently owned venue for some time. He keeps a keen ear and eye to the ground vis a vis industry trends, aiming constantly to keep The Bridge one step ahead in terms of looking, sounding and feeling interesting, fresh and contemporary. It attracts large regular crowds from the locality and further afield, and its reputation is built on a friendly atmosphere and simple, thought-through environment.

The dancefloor now features 3 sections of Versa TILES- a 6 x 1 metre strip of VersaTILES along the end wall of the dancefloor, flanked by two 2 by half-metre strips on the side walls. Ussher specified, designed and installed this new scheme, which saw the removal of most of the waggling disco lights and effects and the emergence of the more modern look..

Knowing that visuals and sound systems can make or break a club, and the importance of never resting on your laurels, when he mentioned some new and alternative visual options to the club's owners, the idea of having video activated lighting effects appealed to everyone.

The low heat emissions of the TILES are also highly practical at The Bridge, which has a relatively intimate dancefloor – which now never gets hot, sweaty or unpleasant, even in the sizzling summer weather.

Ussher first saw VersaTILES on the PID stand at PLASA 04 - when they were launched - and was convinced that this was the way ahead. “I realised their massive potential immediately, and really wanted to use them” he explains. However, it was not a cheap option for the proposed lighting upgrade, and so that element of the overall project went on the back burner for a while.

He looked again at PLASA 05 - by which time there were some competitive products around. However he soon concluded that nothing touched the quality engineering, robust construction and smooth finish of VersaTILE, or the service and technical support offered by PID. “We really wanted to do it properly and not cut any corners” he says, which meant it took them a little longer to raise the necessary cash.

By May this year, the club was ready to make the investment, PID’s David March undertook several demos, started talking with Ussher on a quantity of 8 square metres of VersaTILE.

The TILES are programmed with a series of eye-catching effects ...... and run off just 8 amps of power – so there will also be hugely economical advantages to come. There’d not much headroom on the dancefloor, but most of the previous effects and lighting were removed, making everything a lot cleaner and tidier. They ceiling has been painted in high gloss to maximise the TILE effects which are beamed up into the ceiling and bounced back onto the dancefloor!

PID supplied an Element Labs C1 controller run the installation. All the content has been custom created by Ussher using a combination of his own Apple Motion files and those supplied by a contracted programmer. Again, he wanted to get away from ‘bog’ standard’ patterns and effects and produce looks that were unique to The Bridge.

The new system gives them the flexibility to work visual theming into some of the music programming – like 80's style big arcade sequences – for the 80’s nights, and these have been a big hit with the crowds. This has not only gone down a storm with the punters, it’s strengthened The Bridge's reputation for being the nicest and coolest club in town.