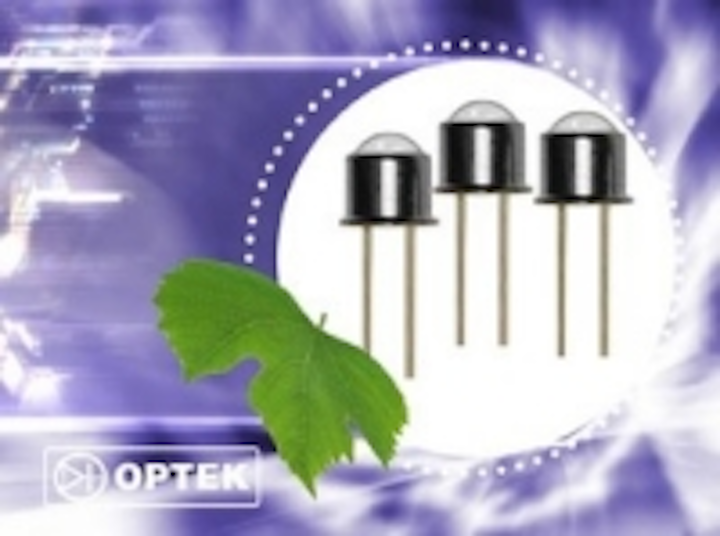 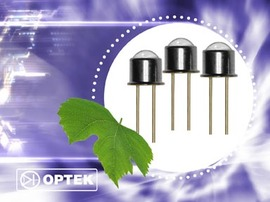 CARROLLTON, TX (February 16, 2009) -- Providing design engineers with devices capable of uniform optical light patterns over an extended temperature range, TT electronics OPTEK Technology has developed a family of ultraviolet LEDs in the UV-A spectrum. Designated the OUE8A Series, the UV LEDs are offered in a variety of wavelengths and housed in hermetic TO-46 metal can packages.

"The OUE8A Series UV LEDs eliminate any environmental concerns associated with the disposal of traditional mercury UV lamps," said Alan Bennett, vice president of sales for OPTEK Technology. "Not only do these devices allow customers to target specific applications with the narrow wavelength emission, but they are able to do so while eliminating any mercury hazard."

The UV LEDs are ideal for medical and industrial applications including phototherapy treatment, dental applications, fluorescence and ultraviolet-visible spectroscopy; photo-catalyst curing of inks, coatings and adhesives; as well as paper currency and document validation.

All of OPTEK's UV LED devices have an 18º typical half power emission angle and a pulsed forward current of 1.6A. Operating temperature ranges from -40ºC to +85ºC. The OUE8A Series UV LEDs are RoHS compliant and ESD protected for reliable operation.

Typical pricing for the OUE8A Series UV LEDs is approximately $11.40 each in quantities of 100 pieces. Lead time, if stock is not available, is from 6 to 8 weeks.

About OPTEK
OPTEK is a leading manufacturing and solutions provider for sensing and illumination covering the infrared, visible and ultraviolet spectrum; with standard as well as application specific products for a variety of markets, including, but not limited to office machines, industrial equipment, encoders, automotive electronics, military and high-reliability applications, medical diagnostic equipment and solid-state lighting. Headquartered in Carrollton, TX, the company is ISO/TS16949:2002 and BS EN ISO 9001:2000 certified, as well as ITAR registered. OPTEK Technology was acquired by TT electronics in December 2003.