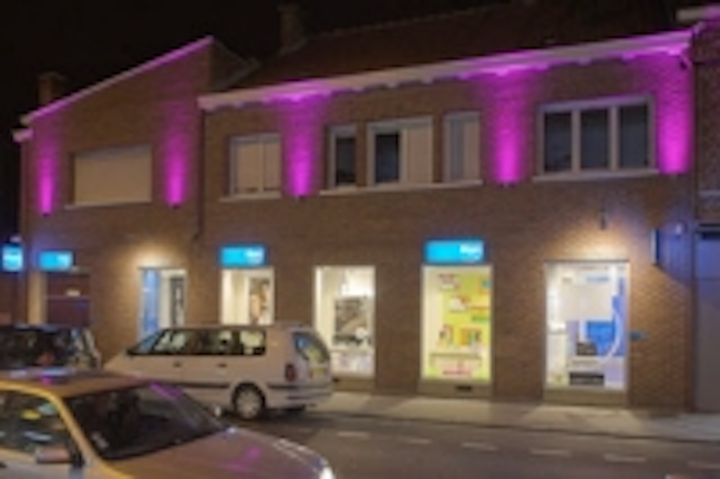 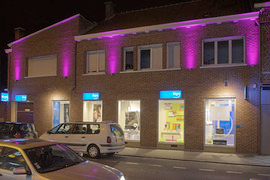 Stephane Quartana, manager of the Krys Opticals store in Wattrellos, a trendy suburb of Lille in France, wanted to add a touch of special contemporary sparkle to the exterior of his store, and make it stand out from other outlets on the busy shopping street.

He chose to do this with an Anolis LED installation which was designed and supplied by Anolis’ French distributor, Ambiance Lumière.

Krys Opticals is the third largest such retail operation in France, with a reputation for quality service and great flair. The look inside the shop is high-tech and NOW and Quartana wanted to match the building’s exterior with something similarly eye-catching. Following extensive internet research, he called Ambiance based in Paris, asking if they could come up with an energy-efficient, creative lighting solution and also provide all the technical services needed to make his store rock!

“It was a great opportunity for us to demonstrate the huge potential of retail applications,” states Ambiance’s Patrice Vandenbussche. The project needed a bright and reliable product, so they specified the IP65 rated Anolis Arcline Outdoor Optic 36 fixtures for one side of the building, which is adjacent to a car parking area. The powerful throw from four of these 1.2 metre length fixtures provides washes upwards, with a row of 0.6 metre versions installed just under the roof recess taking care of the down-lighting.

Along the street side of the store, illuminating the top half of the building are 6 Anolis ArcSource Outdoor 12 RGB fixtures, which produce dramatically illuminated sections of the building in-between the windows.

The standard colour is Krys’ corporate blue, however other variations are also possible via a series of looks and sequences that have been pre-programmed into the Sunlight ESA controller located inside the shop.

Anolis again is proving the best choice for a cost effective, high impact lighting scheme, which is low maintenance and energy-conscious.

Quartana is absolutely delighted with the installation. Apart from attracting numerous comments on its general stylishness, it has already boosted business and the general footfall entering the shop, as well as being clearly visible to anyone driving or walking down the street after dark.