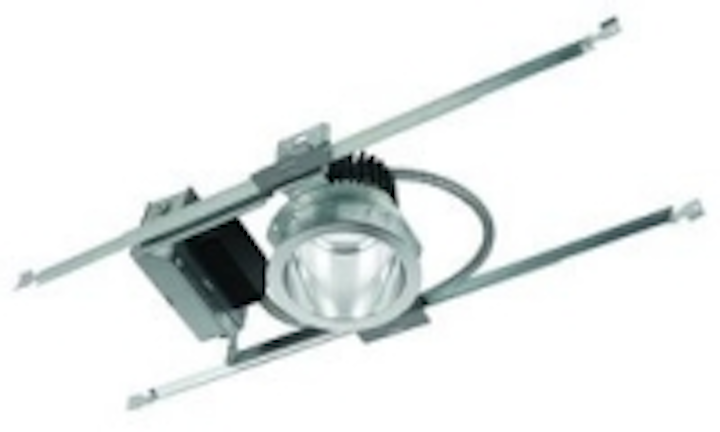 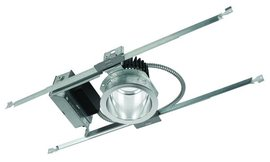 Designed as a complete system with precise attention to both performance and aesthetics, Calculite offers economic payback in as little as three years - while at the same time delivering the high quality of light that's often touted but underachieved by LED-based luminaires.

More than simply placing LEDs into a familiar form factor, Calculite was engineered with a top-down system approach to truly extract the strengths of LED sources, such as long lifetime, energy efficiency and lack of heat emission - all of which minimize operational expenses for facility owners.

With an estimated 150 million downlights installed nationwide in commercial spaces -- where lighting can account for 50% of electricity use - the Calculite LED system rises to the challenge of increasingly stringent energy codes coupled with tightened facility budgets.

The new product is the first LED-based addition to the popular Calculite series of conventional downlights, which leverage Philips Lightolier's century-long leadership and unique understanding of specification-grade interior lighting. It also benefits from Philips' broadly-expanded competencies in solid-state lighting, including a light engine co-developed by Philips Color Kinetics.

Among its most novel advantages is the system's proprietary method of generating white light from blue LEDs. A remote mounted phosphor allows the back-reflected light that is normally lost to be redirected out of the luminaire through a highly-reflective mixing chamber. This increases overall system efficiency by 20%, while also ensuring consistency of color quality from one luminaire to the next.

Other key features include:

· A projected lifetime of 50,000 hours at 70% lumen maintenance, backed by an industry-best five-year warranty

At Lightfair, Philips earned additional honors that reflect the breadth of its lighting solutions, which now reach from components, electronics and lamps to complete solid-state lighting systems with advanced controls. These included:

For an overview of Philips' presence at the show, please visit http://www.newscenter.philips.com.

Additional information about the Calculite LED downlight is available at http://www.lightolier.com/prospots/down_led.jsp.