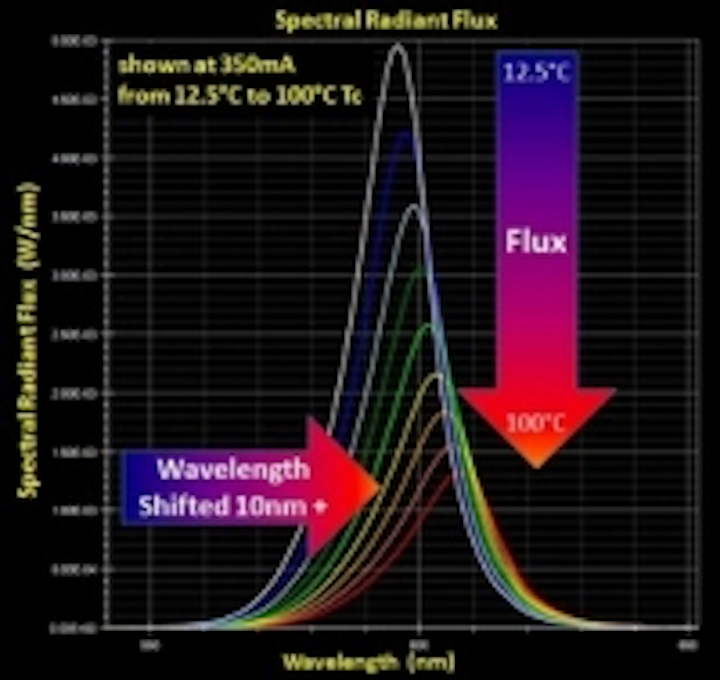 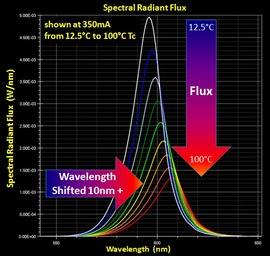 This is great news for the LED industry in general where engineers around the world are engaged in designing LED-based products from advanced performance architectural lighting systems and medical diagnostic equipment to machine vision systems, display systems, street lights, avionics and military applications.

Companies from the very small to the very large are experiencing challenges with doing something they have never done before – designing new products with new capabilities, using LEDs. For many applications, LEDs are new and the engineering process is more involved than previous lighting technologies. The central issue for product development engineers implementing LEDs is designing systems that meet the performance targets for the product. These design targets are often the quantity of light output and color of the light over a range of ambient temperatures and electrical input power conditions.

As part of the design process, engineers must predict the performance of their LED system and determine if it will meet specifications at real operating temperatures and electrical drive conditions. To do this, engineers must have a means of collecting data. This is the crux of the engineering work for successful LED implementation across a wide range of products. If product design is done poorly or inefficiently, the efficiency of the LED industry as a whole suffers.

ETO LED Characterization Systems assist product development engineers by solving the problem of efficiently measuring the quantity and color of light from LEDs over a range of temperatures and electrical input power variables. ETO LED characterization systems have both automated data acquisition and mature data analysis features. ETO systems allow engineers to automatically sequence measurements of light output and spectrum over a wide range of temperatures and currents, and comprehensive data analysis features allow users to quickly and easily view different groupings of data in over 300 graphs.

Information about LED manufacturer’s statistical variability of color, wavelength, voltage, flux and other variables is not readily available, especially as a function of temperature and under a full range of drive conditions. Information of how LED performance varies from LED to LED is pivotal to designing robust LED illumination systems. Therefore, testing of multiple LED samples is critical to understanding and characterizing performance variability as a function of thermal conditions and electrical power inputs. ETO systems solve these problems by enabling the measurement of necessary parametric performance metrics on statistically relevant LED sample sizes easily and automatically.

Imagine attempting to control the color of light using LEDs when their light output, wavelength, chromaticity, CCT, forward voltage, efficacy and other performance metrics all change with respect to temperature, current, duty cycle and frequency. There is a tremendous amount of data required just to control color and light output. The Solid State Lighting industry along with others may now benefit from the pioneering work and development that Orb has done to support these engineering customers. It is critical to understand these performance metrics in order for LED manufacturers to improve the design of LED packages as well as for LED users to design thermal and color management systems in SSL products.

“If one cares about SSL products having the same lit appearance between units, then from an engineering standpoint, one must understand variability. The largest culprit in introducing variability in LED illumination systems is often the LED package itself,” said Dave Jenkins, President of Orb Optronix. “ETO systems are a crucial part of determining LED performance for engineers developing LED illumination systems,” he continued.

The ETO system, manufactured at Labsphere’s facility in North Sutton, NH, is available with options for integrating sphere sizes from 6” to 76”, a range of source meters and thermal platforms built for the measurement of discreet LED packages or high-power LED arrays and SSL subassemblies.