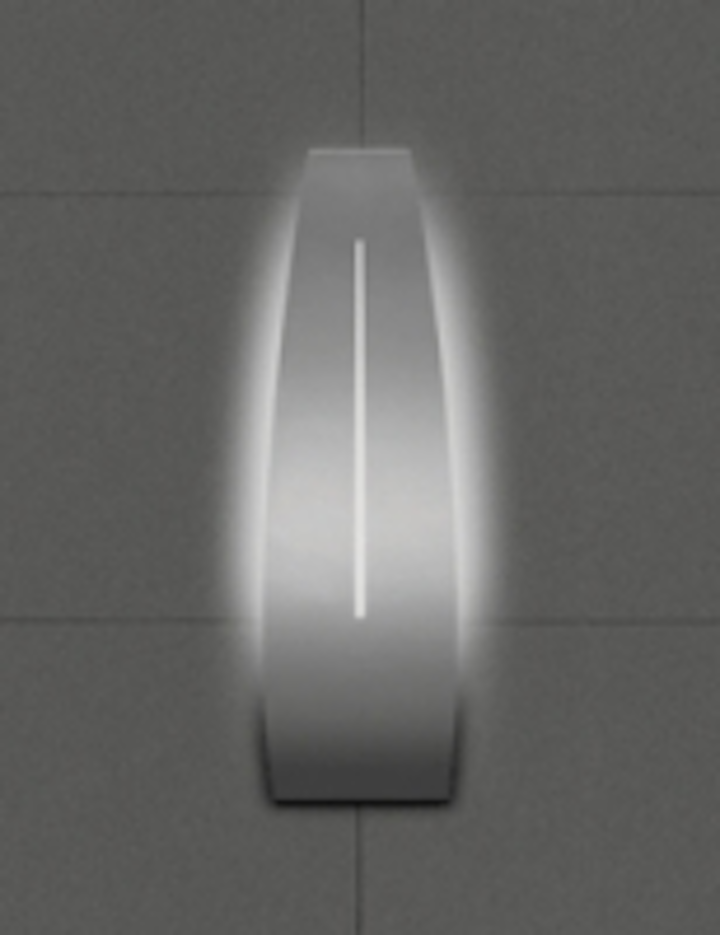 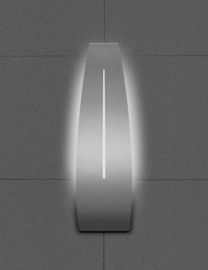 Decorative fixture manufacturer Ivalo Lighting has added a 27” interior sconce to its popular L’ale product family. The new sconce is a sensual, LED-powered design inspired by the company’s original L’ale pendant, introduced in 2006.

The new L’ale cast-aluminum sconce
• 27” high
• varies in width from 4.25” to 8”
• uses tiny, high-power LED light sources
• has an automotive paint finish
• is available in matte titanium, matte slate and matte graphite, as well as custom colors
• is ADA-compliant
• can be used as a single piece or in groups

The sconce was created to compliment the L’ale pendant, designed to create intimacy and draw people together at a table. The sconce takes the softening aspects of the graceful arc in the pendant and combines it with sensuality and delicacy energized by an upward flow of light.

Pedersen has designed the Gannett/USA Today Corporate Headquarters in McLean, Virginia, the New Academic Complex for Baruch College/City University of New York in New York City, 333 Wacker Drive in Chicago, the Procter & Gamble Headquarters in Cincinnati, Ohio, the DC Bank in Frankfurt, Germany and The World Bank Headquarters in Washington D.C. Each of these buildings was awarded a National Honor Award from the AIA.

Pedersen’s other important projects include the Goldman Sachs Headquarters in London; the IBM Headquarters in Armonk, New York; the Federal Courthouse in Portland, Oregon; the new Philadelphia International Airport and the World Financial Center in Shanghai, which is the world’s tallest building.

About Ivalo Lighting (www.ivalolighting.com)
Founded in March 2000 by Dr. Susan Hakkarainen, Ivalo Lighting has a three-part mission. First, is to create decorative lighting fixtures of advanced-design. Second, is to create fixtures which integrate architecturally into their surroundings, rather than appearing as discrete objects. Third, is to assemble the best designers from around the world to produce a diverse design collection. In all three aspects of the mission, Ivalo judiciously employs advanced technologies to realize these goals, reaching beyond the conventional manufacturing techniques of the lighting industry.

Ivalo Lighting has worked with some of the most pre-eminent designers in the industry from around the globe. Owned and operated by lighting control manufacturer Lutron Electronics, Ivalo has nationwide representation in the United States, as well as in Canada and Mexico.