Chauvet shines bright on The Voice 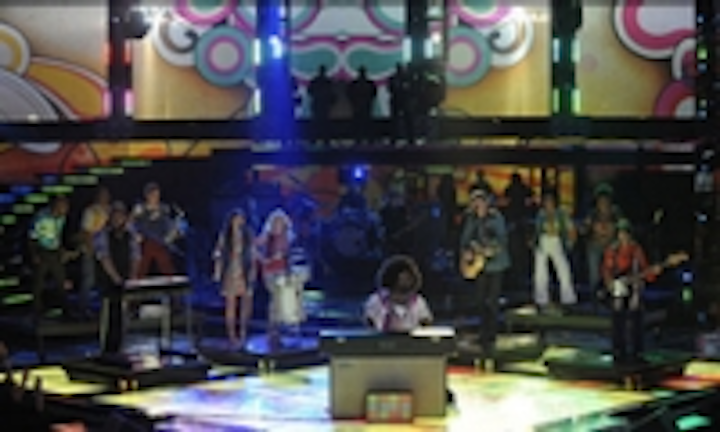 Modeled after a successful television series in Holland, "The Voice" is a vocal competition hosted by Carson Daly and featuring Christina Aguilera, Cee Lo Green, Adam Levine and Blake Shelton as celebrity judges and vocal coaches.

The CHAUVET® linear tri-colored LED lights were specified by lighting designer Oscar Dominguez, principal at Darkfire Lighting Design [link: http://www.darkfirelighting.com/]. They are strategically placed under the large centralized performance floor and at one end of a large expanse of stage floor where the judges sit. "The Voice" is created by John de Mol, who will executive produce along with Burnett and Audrey Morrissey.

“We are thrilled that Oscar has taken the opportunity to demonstrate the great potential of these fixtures,” Ford Sellers, senior product development manager of CHAUVET® said. “We look forward to building continuous inroads and expanding our foothold in television and film lighting with CHAUVET® products.”