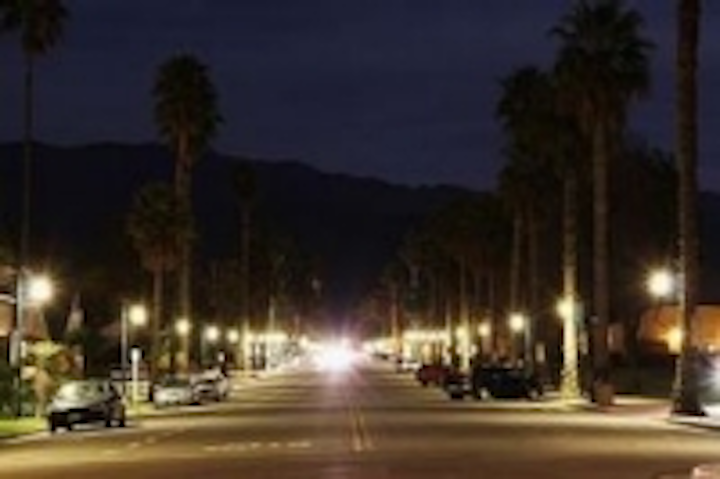 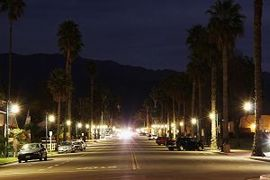 Joining the ever-growing number of smart cities that have chosen more efficient technology to light their streets and saving money in the process, the City of Carpinteria in November 2011 completed its retrofit project of replacing all its existing city-owned high-pressure sodium (HPS) decorative street lights with energy-efficient LEDs. The lights are located on several blocks of Linden and Carpinteria Avenues in the downtown area and include lights on the Amtrak rail platform and its adjoining public parking lots.

According to the city’s calculations, each of the 199 HPS lamps at 138 watts each consumed 604.4 kWh annually—a total of 120,284 kWh and an energy cost of $15,035 (at $0.125 per kWh, 12 hours of operation each evening). With the switch to the brilliant and more directional LEDtronics 29-watt LED bulbs, the annual energy cost came down to less than $3,160—a dramatic 80 percent savings. In addition, the LED bulb life is four to five times longer than the replaced HPS bulbs, resulting in reduced maintenance costs that yield additional savings.

In addition to the $11,600 savings on its annual energy bill, this reduction in power usage by 96,000 kWh translates into a decrease of its carbon footprint by an estimated 33 tons of CO2 yearly.

“I like the results very much,” said Matthew Roberts, director of the city’s Parks and Recreation Department that installed and maintains the street lights. “The LEDtronics lamps fit into the existing light fixtures with only minor modifications and look great. I think the consensus is that the new bulbs produce fewer glares, are easier on the eyes, and have a very appropriate color temperature for our needs.”

The Santa Barbara County city is a coastal community of 13,040, with small-town charm, beautiful beaches and breathtaking mountain views. It hosts the annual California Avocado Festival.

“All of the lights installed so far have worked as promised,” says Roberts. “It’s great to know our streetlight electrical meters are turning more slowly, saving tax dollars. It’s also nice to know the products were assembled in the USA.” The product was designed and engineered at the LEDtronics factory in Southern California.

The project started in early 2010, when the city began to study the conversion of pendant street lights in its downtown area to LED bulbs that are more energy-efficient, cast a more natural warm light and reduce light pollution. They looked for solutions that were cost-effective, more environmentally friendly and also more night-sky friendly.

After testing the LEDtronics LED30HPS-600-SIW-002-BU pendant lamp for two months, the city applied for funds and received $74,117 from the California Energy Commission under the Energy Efficiency and Conservation Block Grant (EECBG) program from the U.S. Department of Energy, which is part of the American Recovery and Reinvestment Act of 2009 (ARRA). The bulbs are certified “Made In USA.” The total project cost was $78,580.

Carpinteria’s lighting efficiency project is in line with the California Long Term Energy Efficiency Strategic Plan, which holds the state’s local governments to be leaders in energy efficiency by 2020, both for their own facilities and throughout their communities. The city so far has replaced over 90% of its traditional street lights with LEDs.
LEDtronics LED30HPS-600-SIW-002-BU

According to city officials, the LEDtronics LED bulbs were selected because of their high efficiency, appropriate 3000K color temperature, and because they fit inside the existing globe diffusor without significant modification. The new LED bulb also allowed for the elimination of the HPS bulb's ballast and starter. As well, LED bulbs produce little or no ultraviolet light (UV) which, as generated by the HPS bulbs along with the high heat, causes the polycarbonate globe diffusers to yellow and become brittle.

With longer life for the globe diffusers and reduction of visits to each light by maintenance staff, the 10-year projected cost savings is expected to reach $150,000. This is in addition to the significant energy savings inherent in the LEDtronics LED bulbs that the city has already started to enjoy.