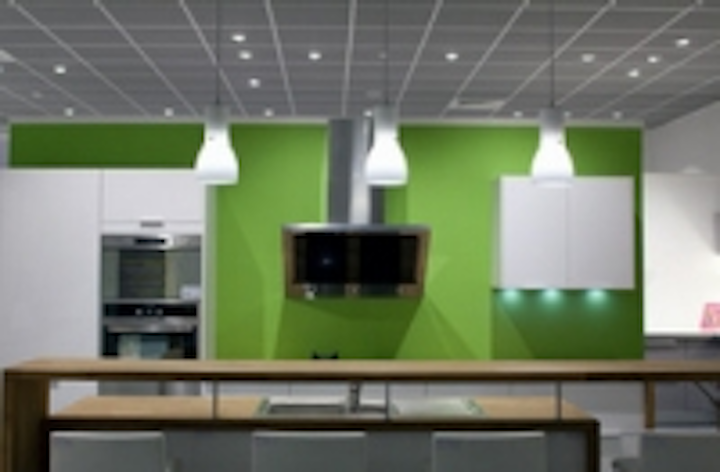 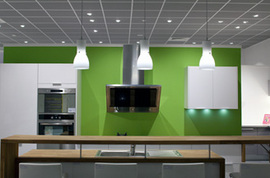 Hygena, owned by the kitchen group Nobia, is one of the best-known kitchen brands in France. Complete kitchen solutions are offered from about 127 wholly owned stores. All shops are between 100 and 600 m², and include exhibition, shop and office area.

Hygena wanted to refurbish their shops at the end of 2011 and a part of this was to change the lighting. Fagerhult was contacted to replace existing LED luminaires where color and glare were issues.

The LED module selected by Fagerhult for this task was the 1300lm Xicato Spot Module, with a Correlated Color Temperature of 3000K and a Color Rendering Index of 80+. It was selected for its all-round performance including energy saving, perfect uniformity and sustained light quality (in terms of color point and lumen maintenance), all achieved via the foundation ‘Corrected Cold Phosphor Technology™’. Xicato LED modules have seen vastly increasing usage since their launch in 2008, including by Fagerhult in such areas as retail, offices and museums, though globally retail uptake has been most prevalent.

Fagerhult designed an optimized lighting solution with downlighters and pendants which resulted in about half the number of luminaires previously used, yet giving 30% more light.

Xicato is passionate about light. Light has an emotional effect on people and a direct impact on business profitability. It ultimately influences everything in our lives. Xicato is a recognized leader in creating LED modules that provide superior aesthetics, economics and durability. Xicato aspires to be the trusted partner of the global lighting design community and luminaire manufacturers.
For an overview of our customers’ luminaires visit www.xicato.com.