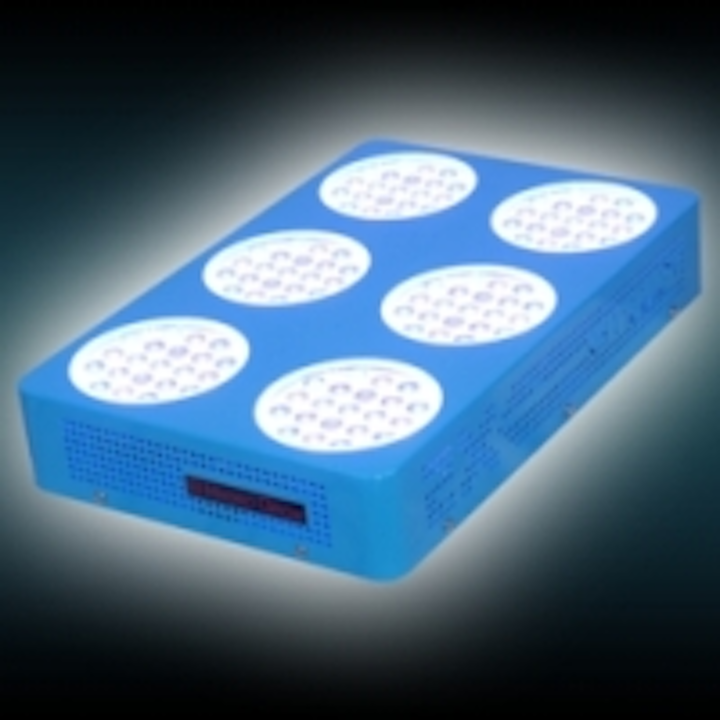 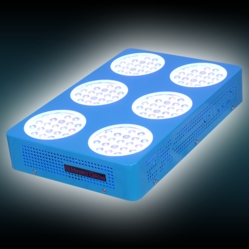 Whether in an upscale plastic surgery office in Beverly Hills or a Veterinarian’s office in the country, you’ve likely seen beautiful coral growing in an elaborate tank with colorful fish and little creatures scurrying about the sand floor. As a child my sister and I would glue our faces against the glass when seeing such a site, but we never took the time to think what made the coral grow.

A market leader in the LED Grow Light industry, Hydro Grow set out in 2011 to solve the question of what coral needs to thrive indoors. The only options for aquarium owners until now have been High Intensity Discharge (HID) lights such as Metal Halide (MH) or High Pressure Sodium (HPS), and Compact Fluorescent (CFL). These technologies are limited by the spectrum of light they are capable of producing, making them inefficient (yet capable) of growing plants and coral.

Coral is a small spineless animal living within a hard exoskeleton that obtains much of its energy from photosynthetic algae living within its tissues. Much like plants, coral in nature requires the sun in order to grow and is normally found in clear, shallow water no deeper than 200 feet (60m). In order to thrive indoors coral requires a unique balance of light in specific wavelengths and ratios very similar to terrestrial (land) plants.

Hydro Grow owners Julie and Cammie Mckenzie, are both certified divers with a love for traveling the world and diving the reefs they encounter. From Tahiti to the Dominican Republic the couple has studied coral in its natural habitat, taken light readings and analyzed the depths at which various types of coral is found. According to the pair their elaborate testing and studying of reefs in their natural habitat was crucial for re-creating similar environments indoors, and understanding what colors of light were available to the algae within the coral.

In the Aquarium world it is widely taught that red light plays little to no role in the growth of coral, as red light does not penetrate as deeply into water as blue light. Although red light does have more difficulty traveling through water, research done by Hydro Grow shows that many varieties of coral receive a fair amount of red light. This research is incredibly important as algae have photoreceptors for photosynthesis in both red and blue wavelengths; however Aquarium Grow Lights until now have focused primarily on white and blue.

The new Aquarius LED Grow Lights from Hydro Grow bridge the gap between decades-old HID technology, and the modern technology of LEDs. The Aquarius lights utilize a unique 5-wavelength spectrum comprised of blue, white, and UV LEDs to optimize the growth rate and beauty of coral in tanks. The white comes in a warm 2700k acting as a full-spectrum red, and a cool 12000k actinic blue.

The Aquarius LED Grow Lights are part of the X2 product platform offered by Hydro Grow, delivering 569% higher intensity than standard LED Aquarium Lights via the use of the new X2 lens. The X2 lens allows for deeper light penetration through water, delivering more valuable energy to coral for faster growth and higher absorption.

With the new Aquarius line scheduled for release June 2012, Hydro Grow is making a big splash into the LED Aquarium Light market, showing the same vigor that has allowed them to dominate the LED Grow Light market. A total of 6 new Aquarius LED Lights are being offered, providing different sizes for every tank from the small hobbyist at home, to the large tanks at Aquarium stores and Aquariums like Sea World. Because the LEDs produce such little heat, they also solve a lot of the water temperature problems associated with using HID lights, allowing higher success rates for coral growers and their habitats.

About Hydro Grow:
Hydro Grow is the leading developer of LED Grow Lights, with research and development offices in the US and China. Hydro Grow offers upgradeable technology built with the highest quality internal components, backed by a full 3-year warranty.