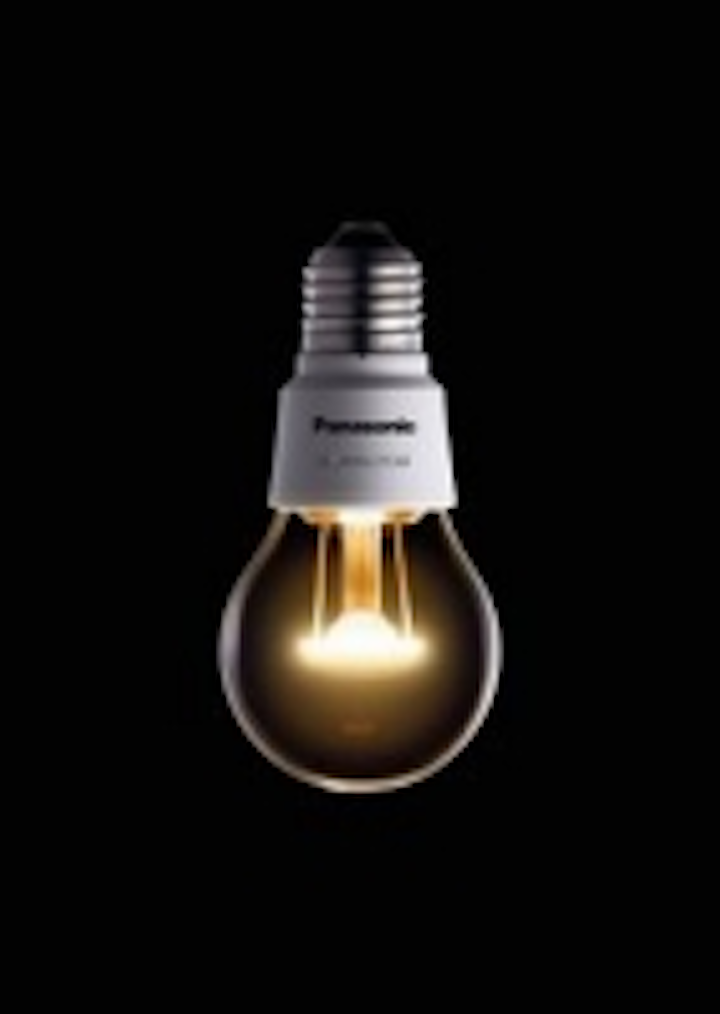 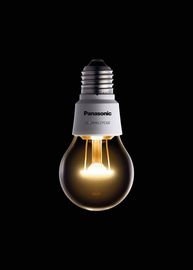 Panasonic Corporation today announced it will launch a 40W equivalent LED lamp Clear Type in the European market from July 2012. This will mark the beginning of Panasonic's full-scale entry into the European consumer LED lamp market as the company strives to strengthen its LED lighting business globally.

Panasonic will expand its LED lighting business in Europe which includes both lamp and device businesses by leveraging the company's latest industry-leading LED lighting technology fostered through product development for the Japanese market. The company plans to significantly expand the lineup of LED lamps for consumers and businesses, as well as LED lighting devices for lighting equipment manufacturers, within the current fiscal year ending March 31, 2013 (FY2013).

Panasonic is currently participating in Light+Building 2012, the world's largest trade fair for lighting and intelligent buildings held April 15-20, 2012, in Frankfurt, Germany. LED lamps, LED lighting devices, OLED lighting devices and others are on display at the Panasonic booth.

In Europe, where environment is high on the agenda, incandescent light bulbs are being phased out, which is expected to accelerate the shift to energy-efficient LED lighting in the future. Panasonic introduced a 20W equivalent LED lamp Clear Type in some European countries in July 2011. It is designed to replicate a traditional clear incandescent light bulb in size, shape, position of light source, color of light, brightness and distribution of luminous intensity. Panasonic's original light diffusion and heat radiation technologies enable it to deliver a light quality similar to that of a clear incandescent light bulb. The bulb has won acclaim and awards, including coveted international design awards in Germany.

The company has added a new LED bulb with brightness equivalent to a 40W incandescent light bulb to the lineup of the popular LED lamp Clear Type. As these bulbs are very similar to a traditional clear type light bulb in shape, consumers feel comfortable replacing existing light sources with the new technology in their homes.

Panasonic plans to significantly expand the lineup of LED lamps for the European market during FY2013. The company will strengthen their sales efforts targeting consumers and businesses, such as hotels and restaurants, thereby contributing to energy saving in Europe.

Panasonic Corporation is a worldwide leader in the development and manufacture of electronic products for a wide range of consumer, business, and industrial needs. Based in Osaka, Japan, the company recorded consolidated net sales of 8.69 trillion yen (US$105 billion) for the year ended March 31, 2011. The company's shares are listed on the Tokyo, Osaka, Nagoya and New York (NYSE:PC) stock exchanges. For more information on the company and the Panasonic brand, visit the company's website at http://panasonic.net/.