HSL cuts to The Chase 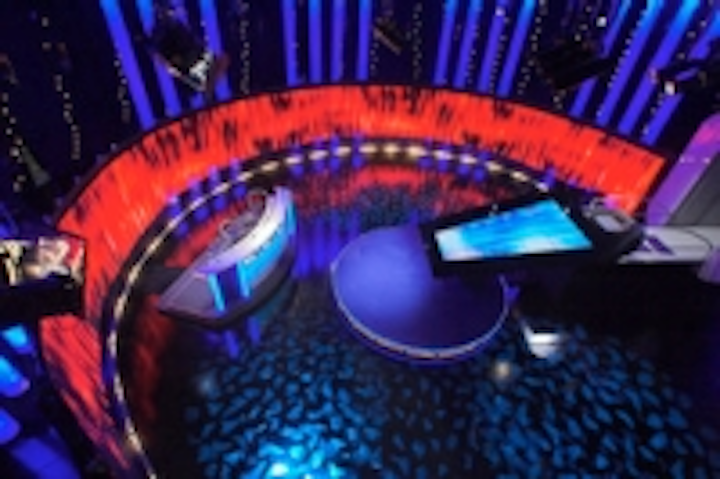 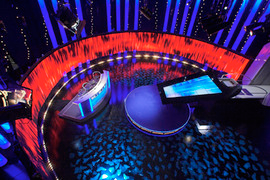 Blackburn UK-based lighting and visuals rental company HSL is supplying specialist LED lightsources to the current series of the popular ITV quiz show, The Chase, in the process renewing its long and fruitful working relationship with leading TV lighting designer Tom Kinane, who has lit the series since it started.

HSL is supplying i-Pix BB4 LED wash lights and Satellite LED 'bricks' plus Pulsar Chroma strips to the show, which is being recorded in Studio Two at The London Studios (TLS) on the South Bank. The schedule is intense, recording three shows a day in batches of five days, and it has a daily broadcast slot on ITV 1 between 5 and 6 p.m. They have also just recorded six ‘celebrity specials’ - in TLS Studio One with live audiences - that are being aired on Saturdays.

HSL's project manager and TV sector specialist Sean McGlone comments, "It's always a pleasure to work with Tom, he is a real perfectionist and always comes up with great results".

The set, designed by Jonathan Paul Green, is defined by a large crescent shaped Pixled F-30 LED screen which wraps about 260 degrees around the studio space. Another main element is a large scenic "C" at the end of which the 'Chaser' sits.

The fascia of the C is illuminated with 49 Chroma Strips and by 30 i-Pix Satellites, 20 mounted internally and another 10 externally.

In front of the C is the table, with 6 mm LED screen surface, and below this is a small circular stage. A few metres back towards the F-30 screen is the contestants panel, and both this and the stage are lit with more Chroma Strips and X-Flex LED.

Seventeen of the BB4s are rigged vertically to a frame 26 ft directly behind the Chaser’s Chair. They are used to create a dramatic white-out explosion for the Chaser’s entrance, and then stunning undulating de-focused background ripples while they complete their questioning session. This is set on a gentle chase and flickers almost imperceptibly.

Twelve VARI*LITE V*L 3000 Spots are used for gobo breakup on the polished black floor. Another 16 vertically rigged BB4s follow around the line of the crescent screen about a metre higher than its top, and 20 silk tubes in five groups of four also grace its perimeter, each one up and down lit from the ends with a Satellite. Twenty-six Sunstrips follow the screen curvature at floor level, footlight style.

For Kinane, the key creative objectives for lighting are enhancing the drama as the competition unfolds and the potential prize money builds, ensuring the contestants are well lit - which he does with the aid of some very tight key- lighting, and keeping it visually interesting and stimulating for viewers.

He comments, "As always Sean at HSL has ensured that we have been brilliantly well looked after and that we get everything we need, quickly, efficiently and with no fuss".

The Chase’s production manager is Chris Sprague. The show is directed by Richard van Reitl and Ian Hamilton and produced by Michael Kelpie, Sue Allison, David Hall and Martin Scott.