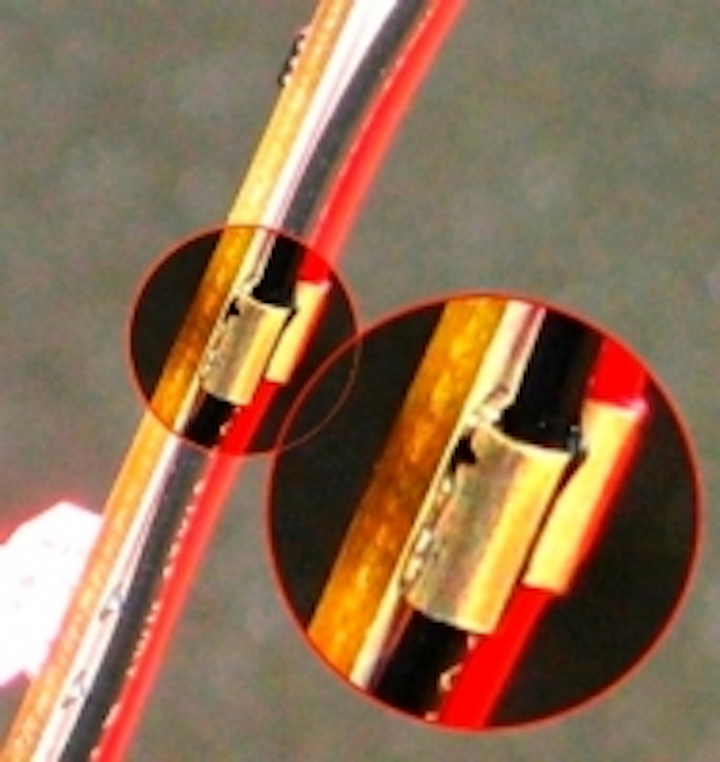 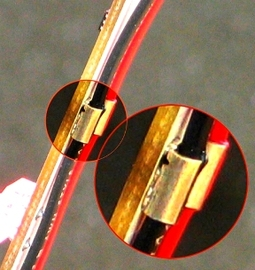 This new method of termination combines the advantages of crimping, insulation piercing, and Surface Mount Technology into a highly reliable and economical way to terminate wires. The system consists of a surface mount terminal and a terminating machine which feeds the wire into the connector and makes the termination.

While the new Zierick Surface Mount Insulation Piercing Crimp Terminal system and termination tools can be used whenever a wire needs to be permanently connected to an SMT board, its most popular utilization is for instances where the wire passes through the terminal and numerous serial connections are made to one single wire. A good example of that kind of application is channel block lettering, where a series of LEDs is attached to a pair of wires.

Compared to conventional methods, this new system is less expensive than a two-piece pin/socket connection or an IDC (insulation displacement connector) type of connection which provides strain relief. It is more cost effective than soldering wires to a board by hand. In comparison, it also takes up very little area on the printed circuit board.

The utilization of well-proven Zierick crimping and insulation piercing technology guarantees the long-term reliability of this connection.

The terminal has a flat base and two sidewalls perpendicular to the base. Two insulation-piercing contact spikes protrude from the flat base. Between the contact spikes there is a flat area to facilitate vacuum pick-up and terminal placement. There are two deep score lines near the transition area between the sidewall and the base of the terminal.

The new Zierick process begins with the terminal being placed on the SMT board together with the other required components. After the assembly goes through reflow, it is moved to the terminating machine which feeds the wire into the terminal and crimps the terminal walls over the wire. In the process, the insulation piercing spikes penetrate into the wire without the necessity of removing the insulation. The spikes make contact with the wire strands. The crimp not only facilitates the contact, but also provides excellent strain relief for the wire. The two score lines on the terminal wall ensure that no deformation is introduced near the edge of the solder fillets, thereby preventing cracking and peeling of the solder joint.

The development of this system is another example of Zierick’s expertise at reducing the cost of wire termination while maintaining quality and reliability.

Zierick Manufacturing Corp. is the leading source of solutions to complex interconnection requirements and problems. From standard products to our custom-made goods, Zierick has invented and produced technologies which have become the industry standard and which will continue to shape the industry in the future. Zierick also provides its customers with assembly equipment, interconnection hardware, and taped terminals. For all of its 80-plus years, Zierick has maintained custom stamping capabilities, setting the standard in both design leadership and quality tooling and stamping.