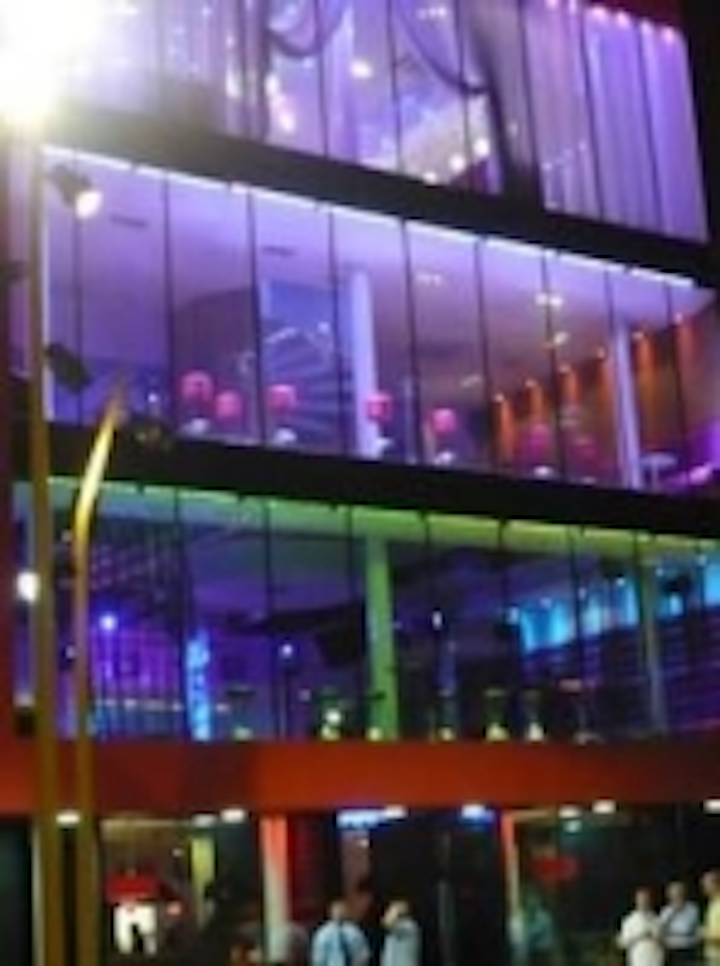 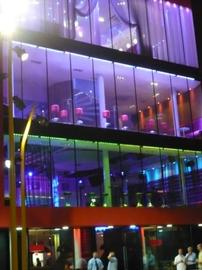 Built across four glass-fronted floors, Cube provides a juxtaposition to the raft of small bars in the center of Liverpool. The lighting design — by Neil Riley, director of Absolute — has worked this position as far as possible. By color-washing each floor-to-ceiling window as a separate zone using the Tryka K2 LED RGB strip module, the message stands tall and is immediate: Cube is far from square.

The club area starts on the first floor. Above the ground floor, the restaurant and pre-bar area are lit with unique and original lighting fixtures sourced from Italy and Spain. The first floor seating areas are illuminated using Tryka RGB Module 3 lighting units — in total 250 were used across the first and second floors, providing the mood settings for the areas away from the dance floors. Riley intentionally used the LED lighting to give a strong sense of zoning in the space.

"The venue has a ‘wow’ factor on every floor and each floor is very different, so as you move through the floors you’re not seeing anything you’ve seen before — it's all new and very original — the ‘wows’ get louder as you pass through each floor!" Riley said.

On the second floor, the tempo is taken higher with a funky house and the lighting response follows suit. Where Martin Krypton 575 moving heads, MX-10 Extreme scanners & Wizard Extremes occupy the dance floor, Tryka Module 3 LED units are used to colorful effect behind bars and in seating booth areas. Even the bathrooms have been treated with the outstanding color saturation of the Module 3 units, where they complement the new and state-of-the-art, custom-made laminate walls.

The top floor VIP area is exclusively Tryka LED-lit and again, Module 3 LED units are used. However, in this area, they execute a chilled out and stylishly cool mood, completed by an oversized fiber optic chandelier, which forms the centrepiece of the room. Four Tryka IP68-rated Module 36s create the colorful flood wash for the adjoining roof terrace.

Of the final installation, Riley says, "The Cube is the talk of that side of town. Liverpool has really been lacking a sizable club with a big impact and now that gap has been filled. The club’s owners, Alan Rogers and Ian Unsworth, didn’t want second best and all the products, like Tryka, are really first rate.

"I spent a lot of time in London and Europe researching the design and the subsequent design that inspired is unique. Products made by Tryka and Martin Professional made my design ideas achievable. It’s reassuring to work with such companies: I have confidence in both the products and the team. I use the products because you know that many years down the line they will still work and still look fantastic."