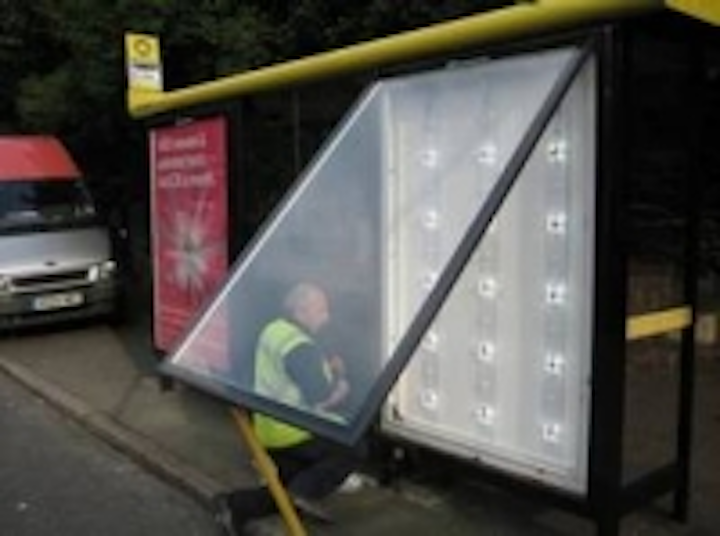 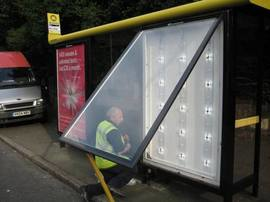 Clear Channel Outdoor, the UK market leader in outdoor advertising, has demonstrated that it is possible to reduce its energy consumption by over 65% using Luminanz Manufacturing’s patented QuarterLite technology. Conventional strip lights in 20 advertising boxes were replaced with QuarterLite low-energy lighting for illuminated signs in a pilot scheme in London and Liverpool, UK. The trial showed that the new light-emitting-diode (LED) technology lit the boxes more effectively, and energy-consumption calculations demonstrated major cost and energy savings.

Graham Norris, technology manager, Clear Channel Outdoor, said: "We are very pleased with the technology – the trial, which started in June 2008, has been a complete success. The QuarterLite system not only helps us to save energy, but also removes the cost of replacing and disposing of fluorescent tubes. We replace about 70,000 tubes a year and the cost of disposal is almost as much as the purchase cost. We still visit the sites regularly to clean the boxes and replace the adverts, but changing tubes is not a job our workers will miss. We are now showing the trial QuarterLite boxes to our customers, who like the energy reduction benefits and the even lighting."

For the trial, three rows of five QuarterLites were substituted for the three fluorescent tubes in each advertising box. This reduced the power consumption of each box from 186 W to 66 W. Each QuarterLite box saves over 489 kWh of power and 211 kg of carbon dioxide per year. The innovative system was simple to install and will provide maintenance-free lighting for over 10 years.

Clear Channel Outdoor is leading the industry in reducing its energy costs and carbon dioxide emissions by using Luminanz Manufacturing’s QuarterLite technology, and is also avoiding the costs of replacing and disposing of fluorescent tubes.

The quality of the illumination is greater, too. QuarterLites produce an even white light for adverts that stands out in brightly lit city-centre environments, does not corrupt skin-tone images, and does not produce the light and dark streaks associated with some traditional lighting systems.

Clear Channel Outdoor has 88,000 advertising boxes in the UK, giving a potential energy saving of over 43 GW (43 x 109 W) and an 18,500-ton reduction in carbon dioxide emissions. With carbon trading being introduced in less than two years, these large-scale potential energy savings not only mean reduced power costs, but also carbon credits that can be sold.

QuarterLites’ return on investment is typically less than 18 months.