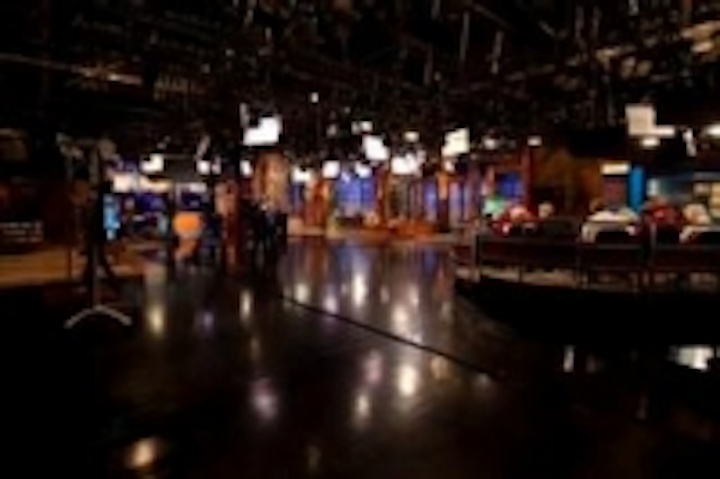 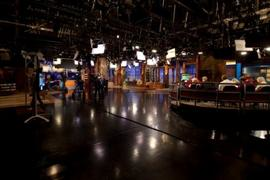 One of the longest-running programs in broadcast history, CBN’s The 700 Club, had been using an analog lighting system for much of its run -- the last 30 of 45 on-air years. The show, which is accessible to 1.5 billion people around the world and airs weekdays, was due for a technical overhaul – from lighting fixtures to control. Their new future-proofed system includes a hybrid lighting rig of ETC Selador® LED luminaires and conventional fixtures controlled by an ETCNet3™ network with an Eos® system at the front. It was recently installed with the help of ETC (Electronic Theatre Controls, Inc.) and 4Wall Entertainment -- and without interrupting the live schedule.

CBN’s Supervisor of Lighting Randy Read says the upgrade was driven by CEO and 700 Club executive Gordon Robertson: “Gordon is well informed about the production world. He wanted to not only change out the system but change the way we think about how we light. So, the mandate to use energy-saving LEDs came from him. We attacked our technology with a whole new mindset.”

Most of what CBN shoots in Studio 7 is magazine-style format: show hosts and guests seated behind desks or on an open set with a skyline backdrop. Read and his crew determined they would light the talent, backdrops, and cyc with LEDs. “We got every manufacture of LEDs into our studio so we could see whose fixtures would work best for what we wanted to do.”

“Since we were already lighting at a very low foot candle (20), we could replace our 2Ks, 5Ks, and 10Ks. Even though we were using these lights, we were dimming them so far down that the color temperature was all over the place. With ETC’s Selador Pearl and Lustr LED luminaires, we could get the foot candles we needed and adjust the color to each person’s skin tone using the light – instead of having to do it with the camera.” Using ETC Eos control, groups are constructed for each area on the set, with color palettes built appropriate to the person being lit. With a couple of keystrokes, the lighting can be quickly adjusted to current needs.

CBN’s new hybrid rig combines the strengths of LED-based luminaires with conventional fixtures. “All of the keys, fill, and backs are now LEDs,” explains Read. “All of the sets are lit with 1Ks, and we don’t have to dim them, which means the color temp is the same everywhere. The Selador LEDs are calibrated to match that color.”

Since their old system was analog, CBN had to build a data-distribution system from scratch. ETC project manager Doug Tuttrup explains the solution: “Studio 7 went from no data distribution to an ETCNet3 system with over 175 data points. They are now able to send Net3 data anywhere in the studio, and with ETC’s touring Gateways can get any of eight thousand ETC Eos console channels on any batten in the facility. Additionally, in the main equipment rack, permanent DMX-output Gateways with RJ-45 connectors on the front were installed. These Gateways are preconfigured for the most popular DMX universes, allowing Randy and crew to quickly get DMX wherever they need it without installing a portable Gateway or having to touch the configuration. This is perfect when specials or effects need to be added at the last minute. They simply move a patch cable from the network switch to the DMX output on the rack-mounted Gateways and they have direct DMX to their data drop. This system is powerful, flexible, and fast.”

The new system has raised CBN’s production values. Says Read, “We can control everything from dimmers, moving lights, LEDs, and smoke machines to future technologies. We also now have the ability to make changes in a second and in real time, instead of having to wait until after the show.”

“The most challenging aspect was replacing the whole system without shutting down production in the studio -- something no one in their right mind would try, but we did it,” laughs Read. All of the lighting was taken off of the main system and put onto temporary dimmers provided by 4Wall while the dimmers were reprogrammed to match the layout of the main system. “This could not have been done without the design leadership of ETC’s Doug Tuttrup and 4Wall’s Buddy Pope, as well as onsite support of ETC’s Josh Selander and CBN’s own Doug Bethune. These guys saved my life too many times to mention. They are real pros and know their stuff.”

For more information on ETC lighting solutions, go to www.etcconnect.com.