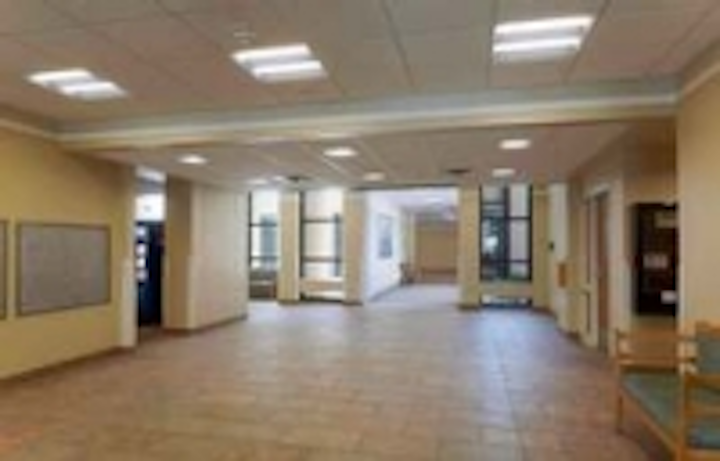 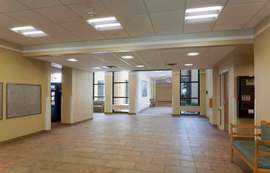 As part of its ongoing renovation efforts MPHA is always looking for ways to be more cost efficient and sustainable. This was the goal when the MPHA began remodeling a high-rise senior apartment complex in 2009.

Renovations within the 25-story building included hallways, stairwells and community rooms that were illuminated 24 hours a day 365 days a year, despite being unoccupied most of the time. The MPHA turned to lighting industry professionals Davis & Associates, Inc., to address this issue and help develop a solution that was more energy efficient, while still meeting city building codes.

“The MPHA asked us to research LED lighting as an option, but we felt it was not a viable solution in early 2009,” said Shawn Meyer, LC, LEED A.P. with Davis & Associates. “However, after approaching Lithonia Lighting® with the opportunity, we learned about RTLED, which was new to the market. Once we ran photometric reports and energy analysis on the RTLED, we realized it was a superior solution for helping MPHA reduce energy, save on maintenance costs and achieve its sustainability goals.”

Davis & Associates recommended a lighting redesign using the Lithonia Lighting®RTLED with SensorSwitch® occupancy controls. However, there were multiple building code challenges the MPHA had to overcome in order to implement the LED and occupancy sensor solution. Lithonia Lighting, Davis & Associates and the MPHA worked closely to design an LED lighting system with occupancy sensors that the city would approve.

Ultimately the solution included the RTLED paired with SensorSwitch® occupancy controls that allowed lighting in the common areas – including egress lighting – to be turned off unless someone was in the area. Redundancy was also built into the design to allow MPHA to meet life safety codes. Both the lighting and controls were served from several existing emergency circuits for each of the areas.

“We petitioned the city for a building code variance,” said Plifka. “The City of Minneapolis conducted an in-depth review and approved the new lighting system.” Upon approval from the City, the MPHA installed more than 125 Lithonia Lighting RTLED luminaires and more than 375 RT5DLED downlights throughout all public spaces of the high rise. This included common areas like hallways, stairwells, offices, kitchens, boiler room and more.

“Even though the new code required seven times more light, the RTLED fixture paired with occupancy sensors allowed us to significantly reduce our energy use,” said Plifka. “Specifically, our stairwell lighting system is used only when needed, which currently adds up to about three hours a day. The LED lighting and the occupancy sensors together helped us reduce our energy use by 90 percent in the stairwells, and the LED fixtures are expected to last 45 years (as predicted with energy analysis tools and later validated with sample data points.) Throughout the entire building, the RTLED lighting system and the controls reduced energy consumption by more than 77 percent, reduced carbon dioxide emissions by 76 percent and reduced maintenance costs by 58 percent.”

MPHA plans to continue installing LED lighting in its facilities as appropriate based on final measured data points. “The RTLED lighting system is working perfectly and the feedback from residents and property management staff has all been positive,” said Plifka. “I am very proud of our new LED lighting system; I truly believe this is the future of lighting design.”

The aesthetics of the lighting is another critical benefit. “The lights are beautiful,” said Meyer. “You cannot tell the difference between a traditional fluorescent lighting system and the RTLED. We will most definitely recommend the RTLED for other applications.”