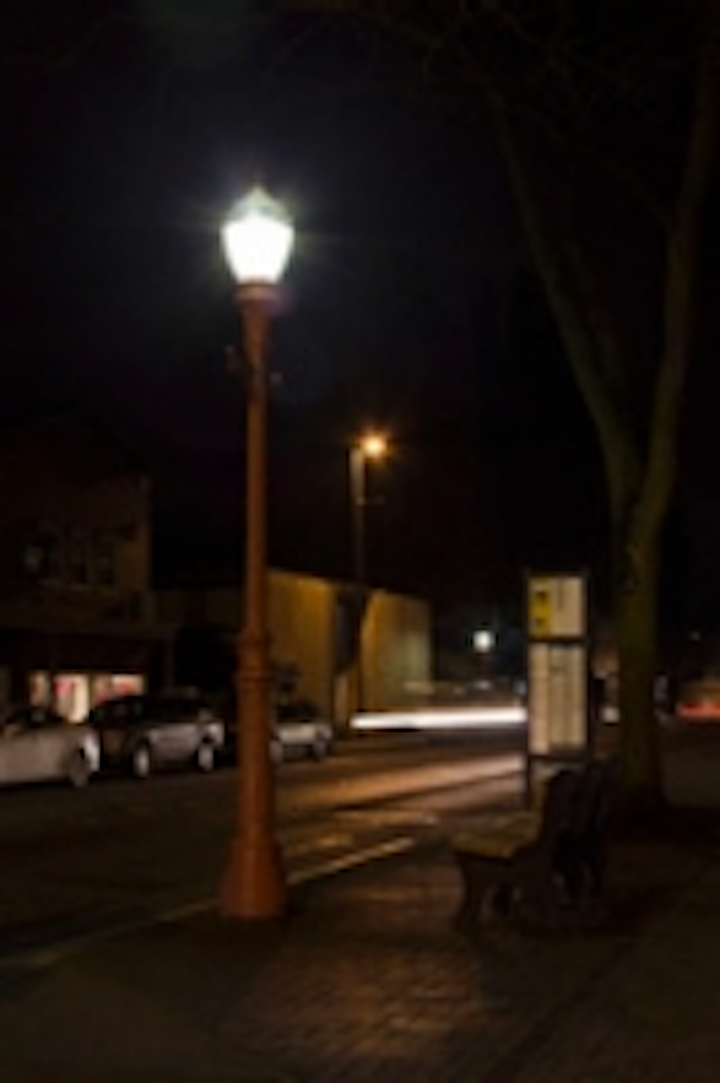 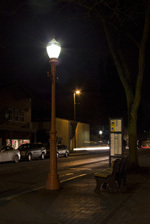 Evluma developed the custom LED retrofits per the request of the City of Issaquah, WA for use in their historic retail and theater district. Made in America, the energy efficient lamps satisfied the requirements of the Energy Efficiency & Conservation Block Grant awarded to the City of Issaquah as part of the American Recovery and Reinvestment Act (ARRA) of 2009.

Using the same optical design featured in the Clearlight Beacon, Evluma is providing both 40W and 50W models to the City of Issaquah. The 40W model will be used in the historic downtown area along Front Street where the decorative Visco acorns are augmented by other light sources. The 50W models are to be installed along a pathway at the edge of Veteran’s Memorial Field and Depot Park, an area that requires dedicated lighting. Depot Park is located in the heart of Olde Town, the City’s Historic District, behind City Hall and the Police Station.

After a test period where several vendors were evaluated, Evluma was chosen to provide 108 of the customized LED retrofit lamps. The agreement was signed at the end of 2010, and the City’s Public Works began installation of the new lamps in January 2011. “With the Evluma product we could retrofit all 108 luminaires,” said David Fujimoto of the City of Issaquah’s Resource Conservation Office. “ If we had chosen a total fixture replacement, our grant would have only paid for about 30 units.”

“Adopted by other cities around the US, the core Clearlight design has proven itself as an adaptable platform for addressing specific community lighting needs,” said Keith Miller, President & CEO of Evluma. The Visco luminaire originally used an HID lamp. Like the EcoSpot and the Beacon, this custom designed lamp has an L70 of 70,000 and a 5-year warranty. The Clearlight was recently awarded the MET labs NRTL certification for compliance to UL standard 1598, CSA C22.2 No. 250, Standard for Safety of Luminaires.

Evluma is a division of Express Imaging Systems, LLC (EIS), a company that has been designing award winning, high-power LED applications for the photographic industry since 1995. Formed in 2008, Evluma is committed to developing environmentally low impact lighting solutions that are affordable and long lasting. A strong emphasis on customer service has molded a core philosophy dedicated to delivering products and solutions their customers require.

About the City of Issaquah

The City of Issaquah is a suburban community in the Seattle, Washington metropolitan area with a local population of 30,434. The community is known for its smart growth practices and sustainability initiatives, and has received local, regional and national recognition for its efforts. In 2009, the City was also recognized as a Siemens Sustainable Communities Award Finalist by the U.S. Chamber of Commerce.