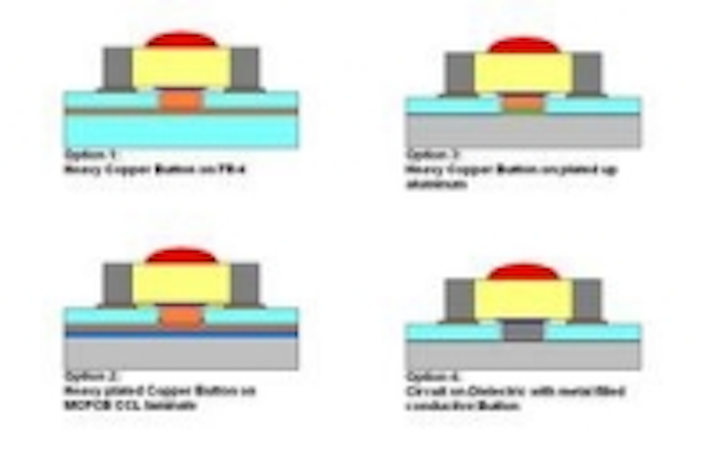 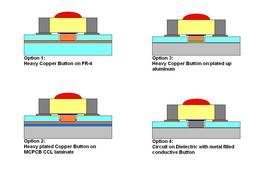 Traditionally in heat sensitive electronic packaging the transfer of the heat away from a heat generating component is made by using a conductive metal based (usually silver) grease between the heat sink and the part . If electrical isolation is a problem, the grease is changed to a dielectric based product but at the expense of thermal conductivity; much lower W/mK.

Note that Diamond has by far the highest thermal conductivity rating and the highest cost; it is also the only natural element dielectric material on this “high performance list”.
Choosing any one of the metals above to make for exceptional heat transfer to the heat sink is fine as long as an electrically conductive connection is acceptable, something which often is not an option.

The answer to electric isolation lies in using several available thermally conductive dielectric products that typically border around the 2 to 7 W/mK conductivity rating; a far cry from the above high thermal listed metals.
There are however other choices that increase efficiency well over 7 W/mK.

Introduced by Robert Tarzwell of DMRPCB sometime ago in one of his many Technology Handbooks was a section in his Heavy Copper Plating series devoted on the formation of a “thermal transfer button”.

By applying his heavy plating technology to the problem, the process plated copper “buttons” that protrude from the surface of the heat sink forming a direct highly efficient all metal thermal transfer path to the underside of the part .
Surrounding the buttons with a dielectric surface onto which circuitry could be added was the next step and this could be accomplished a number of ways.

Option 1 illustrates a heavy copper plating button on FR-4 which has retained its full copper foil. Alternatively, this foil can be etched off. The problem with this option is that effective heat dissipation is restricted by the insulation properties of the FR-4

Option 2 and 3 show means of constructing heavy copper plated buttons directly onto aluminum. Note that again alternatively the foils can be etched off. Option 2 regardless of etching the foil or not has a layer of dielectric which may contain glass cloth which is itself a thermal insulator, not a good thing considering the desire to conduct heat.
Option 3 shows a copper button plated up directly on aluminum. This can be either a direct thermal contact or an isolated electrical contact where the interface is between the aluminum and the copper, yet this combination is a better thermal conductor as it would be thinner than any dielectric material.
Thus, by design, a component could have a direct thermal connection to the heat sink and its isolated electrical connection achieved through the surface circuitry however formed. In this case, a high W/mK rated NON DIELECTRIC grease or adhesive could be utilized or even a solder connection made between the button and the component.

Keep in mind that whatever product is selected to make the thermal connection, re-calculations of the true W/mK must be made as the thermal resistance of the grease, adhesive or that of the solder has to be taken into account. Thermal conductivity of Sn/Pb 63/37 for instance is 50 W/mK.
Only by taking every component of the thermal transfer path can a real end rating be plausible.

Several firms have benefited from his heavy copper experience by “buying the book”. The restless Tarzwell however has gone beyond PCB technology to re-invent yet again an efficient thermal transfer button but this time with Printed Electronics technology.
PE formed buttons

Using Printed Electronics technology to form a thermally conductive button is a simpler means of realizing the same goal.
Selective silk screen print method is used to form openings where required in a dielectric material followed by filling with thermally conductive metal filled pastes and then additively producing the circuitry using conductive inks.

Option 4, one of many configurations available, shows in this view a formed dielectric surrounding a thermally conductive metal seeded thermal conductor button. All additive and requires screen printing know how to produce the conductive circuitry in this case.

Another option is to use the PEC process (DMRPCB “Silver Bullet”) where the openings and the circuitry are formed using a trench forming technique where the reliance on skilled screen printing is eliminated all the while increasing by a factor of ten the density possibilities of the circuitry including the ability to form multilayer packaging directly onto the heat sink. This technology is very flexible in use, giving a designer many options.

Whether plated or printed, electrically and thermally conductive buttons must take into account the overall combination of every element included in the path in order to determine the correct thermal conductivity.
If the buttons are formed with a non dielectric thermal transfer product which has high thermal conductivity (silver metal filled adhesive), consideration needs to be given to the interface between the button and the component. In the case of an adhesive product there are no additional layers adding to the thermal resistance, so a direct comparison can then be made to the metal button method’s total path.

Interestingly, the button need not be filled with an electrically conductive material. Caledon controls sells a DIELECTRIC material can be utilized that has ratings of 2 to 20 W/mK and is being further refined to soon provide up to 40 W/mK with good dielectric strength.

In terms of thermal and electrical conductivity, metals do rule. In terms of electrical isolation, many options exist and are readily produced within the capabilities of the PCB shop.
PE brings into play new economies in fabrication, good performance and marketable environmental manufacturing methods.

Whatever method is chosen, the final decision rests on the overall combined thermal transfer properties from the component to the heat sink through the path, the economies of manufacturing and the influence of “green” manufacturing environment that the additive PE process provides.