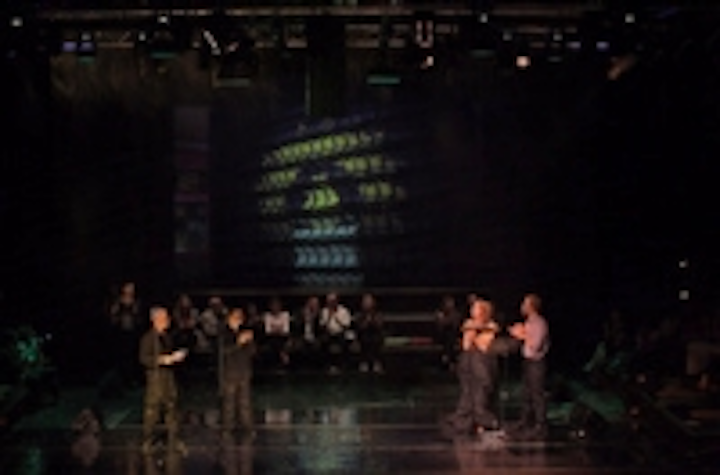 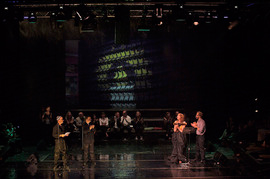 The Awards celebrated some of the most creative and innovative work and practitioners from the world of theatre, film and live arts. Equal space was given to street art, site specific interventions, socially engaged performance and puppet theatre as well as conventional forms of theatre.

The 10 Awards categories ranged from gold medals for visuals, sound, production and stage design and emerging new talents to the Golden Triga for the Best Exposition, all of them recognising invention and imagination worldwide. The 'Best Use of Theatre Technology' Award went to Croatia's "Numen/For Use" project.

Attended by thousands of international visitors, the 10 day PQ symposium examined various technical and creative aspects of theatre and performance design (scenography) in the context of contemporary trends in this and other art and cultural disciplines.

Recognising its importance and relevance for the live performance and production industry - and also the historical significance of contributions to this made by various Czech individuals - Robe was very pleased to supply 10 ROBIN 600 LEDWashes and 10 ROBIN 600 Spots to help light the Awards ceremony.

Robe's programmer Ales Gill and technician Tomas Bierza were also part of the package, for which they worked closely with the Awards' lighting designer, Felice Ross from Israel.

The Robe fixtures were rigged above the stage and used for washing the space and for general down lighting and colouration. They added dynamics and flexibility, augmenting the theatre's existing generic lighting rig, and ensured that the Awards show had the option of some special visual treatments.

Ross chose the ROBIN 600s because of their compact size, light weight and superior brightness. Weight in particular was an issue as they had to be flown from the venue's house trusses which already contained their own fixtures and have a limited weight loading. The low power requirements of the ROBIN's were also a consideration, and the ongoing and long term environmental sustainability of various technologies was a topic frequently discussed during the PQ.

Earlier in the day at the same New Stage venue, Felice Ross gave a presentation and seminar on the use of moving lights in design, in which she utilised some of these same Robe fixtures as examples and to illustrate part of her lecture.

Also at the PQ, Robe arranged for a special Showlight 2013 presentation to be given by Ian Dow, Chairman of the 2013 Showlight Committee from the UK. This exposition - also every 4 years - will be staged in Cesky Krumlov in 2013, sponsored and co-organised by Robe, and will be of interest to many lighting and visual design professionals and aspirants who attended the PQ.

The PQ included an extensive programme of expositions, installations, lectures, seminars, discussions and performances that offered numerous opportunities for professionals, artists, students and other interested parties to interact, discuss, debate, innovate and exchange thoughts and ideas on multiple aspects of stage design and related fields in one of the most beautiful cities in the world.
Robe's Marketing & Communications Manager Jiri Baros says, "The PQ is a major international event for anyone engaged or interested in the live, performing and cinematic arts, and particularly with it being Czech based, it is important for us to be involved and proactive. Technology is one part of the equation .... and the other is its application through the ideas, imagination and invention of creative minds."