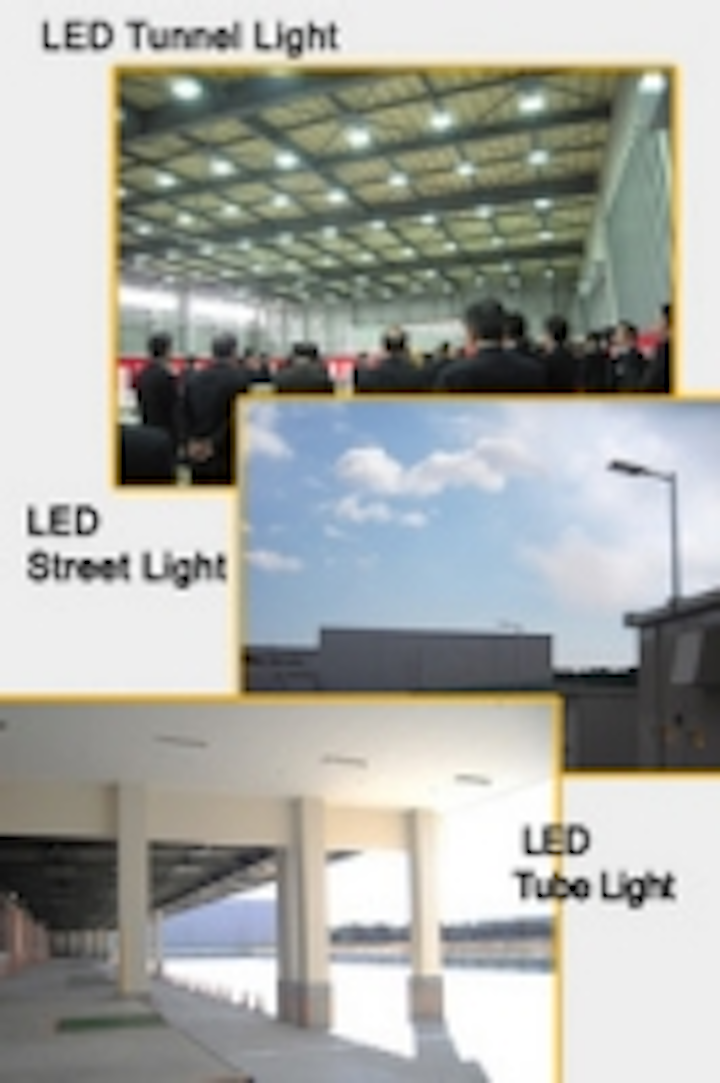 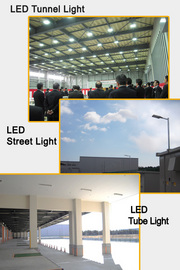 With the deterioration of the environment, the growing phenomenon of energy shortages, environmental protection is becoming the main theme of global development. With "long life, high reliability, high efficiency, low-carbon green” features, LED lighting technology is being widely used in solving effectively the problem of global lighting energy consumption and energy saving innovations. Compared with traditional incandescent lamps, in the conditions of the same lighting effect, the use of LED as a new type of light source only consume 10% energy of that the incandescent lamps cost. But the life is 100 times of the former! With high awareness of carbon reduction, the world's major countries are developing LED lighting policy to actively promote the development of LED lighting industry.

On March 31, 2010, the famous Nippon Express line-type companies (one of the Fortune 500 companies) issued a statement on the Journal CARGO, said that its new port logistics zone in Sendai will be equipped with LED lighting products in all projects, including warehouse lighting, parking lot lighting and Office area lighting. And the plan was estimated to be completed March 2011. This is the first time they use LED energy-saving products. In early 2010, bidding was carried out intensively, as one of China's LED lighting industry pioneer and the largest mass production of LED lighting products manufacturer, Spark successfully become the bid-awarded company after beat all competitors conquered many technical difficulties.

It is worth mentioning that during the negotiations, an LED industry technical requirement was raised: all the tunnel lights must be meet PSE certification criteria, which is the strictest and top standard certificate in Japan for electronic products. However no one of Chinese led tunnel light maker has got this certification at that moment. But the Spark’s engineering elites worked tirelessly to find a lot of technical information, and authorized certification lab to conduct a detailed communication to improve the product excellence, and strive in each of the technical indicators to achieve perfection, then ultimately successfully passed the PSE certification with just one time! (Class A certified diamond PSE).The certification No is PSE10090286.

December 2010, with a strong production capacity, SPARK punctually completed all the goods required for the project, including the LED tunnel lights, LED street lights and LED tubes. Goods are loaded by a 40 foot container and were sent with direct flights from Shenzhen to Sendai, Japan. Early January 2011, Nippon started to debug and install SPARK’ products, the process was progressing very well. Afterwards, on 11 March, completion and opening ceremony was held; following photo is shot by that day.

Coincidentally, Japan's worst earthquake (9.0) in the history took place and triggered massive tsunami on the same day. The good news is, SPARK’s products have little damage in the strong earthquake and tsunami. Only a few poles of street light fell down due to the impact of container, causing part of the street lights impaired. All other products are scratching non-destructive, work correctly.

After this incident, Nippon praised our product's quality, and promise more projects will use SAPRK products, move advance in Japan of green lighting. At the same time, this experience has greatly improved the SPARK’s influence of LED industry in the world.

According to reports, 311 2011, Japan Fukushima nuclear disaster caused by the earthquake, and damage to Kanto, more than a dozen power plants in Northeast China, even after repairs have been part of the power plant to resume operation, the power companies additional gas turbine generators and emergency use Pumped storage power generation to increase power supply, but the forecast to the summer peak period, including the capital, Tokyo, Kanto region, including the power supply is still less than 500 kilowatts of concern, so the Japanese government urged companies to take energy-saving measures for households, The target was reduced by 20% to 25% of electricity consumption.

Another report statistics according to the Nikkei energy, household energy consumption in 2008 in Japan, home appliances and lighting together account for 35.9% of the share of energy-saving appliances in Japan, because of environmental points (Eco-Point) supporting the promotion and popularization of the policy, but has not yet led lighting Universal, so the problem of insufficient power in Japan have the opportunity to bring LED lighting to grow substantially. This is China's LED business into the Japanese market to provide an unprecedented good opportunity to think through the test of optical Parker will play the leading role in this process and create greater glories!