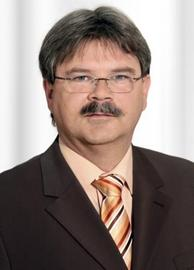 Osram Opto Semiconductors has announced that Frank Tillner has taken over as Chief Operating Officer, the role previously held by Elke Eckstein.

The job entails taking responsibility for the general worldwide opto component production, and more specifically for the chip and LED production plants in Regensburg, Germany and Penang, Malaysia.

Tillner's extensive semiconductor process and production experience began 26 years ago with a job at Siemens AG. Most recently, he was the Senior Vice President at Conergy AG.

There will be a new addition to the executive team of OSRAM Opto Semiconductors as of October 1, 2011. Born in Aachen, Germany, Frank Tillner (51) will be succeeding the previous Chief Operating Officer, Elke Eckstein, at the headquarters in Regensburg and taking the responsibility for the chip and LED production plants in Regensburg, Germany, and Penang, Malaysia. Frank Tillner has many years of experience in semiconductor processes and production to commend him. He was last employed as Senior Vice President at Conergy AG.

“Our company has found the ideal candidate for the post of COO in Frank Tillner. With his long-standing experience in the sector, he not only has an immense specialist knowledge but also the management expertise required to meet the demands of the various processes at OSRAM Opto Semiconductors, thus fulfilling all the prerequisites for this key position,” said Aldo Kamper, CEO of OSRAM Opto Semiconductors, about the new appointment.

Tillner’s career kicked off in the semiconductor sector some 26 years ago. Following his studies in physics engineering, his first post was with Siemens AG, where he worked as a process engineer for lithography in the Semiconductor Memories division. In the course of his career, Tillner held various different positions at the company, including six years in Essonnes, France. He also worked with Texas Instruments GmbH, Infineon Technologies AG and Qimonda AG. He soon had a chance to demonstrate his professional expertise and his excellent leadership skills in executive posts – be it as Chief Operating Officer for the Secure Mobile Solutions Group of Infineon AG, as Senior Vice President Production & Purchasing at Qimonda AG or as Senior Vice President Solar Components & Global Large Projects at Conergy AG. Thanks to his expertise in the fields of product and technological development, marketing, logistics, quality and finances, along with his worldwide responsibility for production plants, Tillner offers a vast wealth of experience and a holistic view of people and structures.