Robe Stars at the Innibos Festival 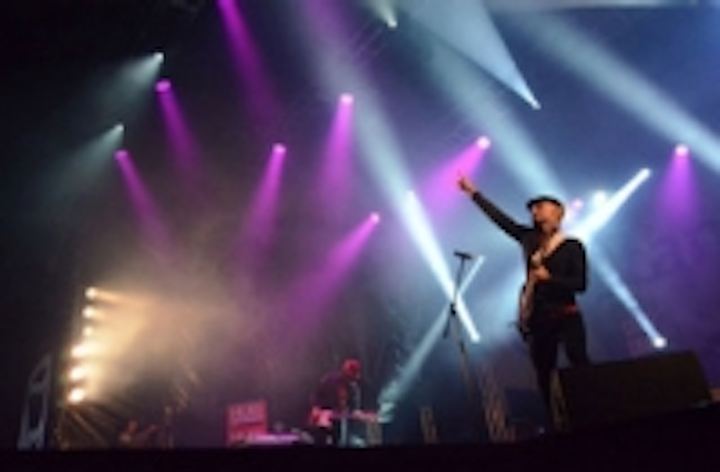 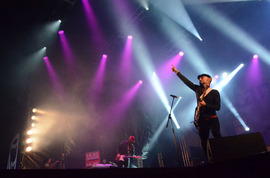 The 5 day event - among the country's largest arts festivals - attracted over 100,000 people, and kicked off in great style with a performance by South Africa's favourite rock band, the Parlotones and 2010 SA Idols winner, Elvis Blue. The main stage action also included daily live entertainment, culminating in a popular gospel final, followed by the main Saturday night closing concert, with a series of storming sets by Steve Hofmeyer, Kurt Darren, Dozi, Nianell and many more.
Pretoria based Ferreira and his company JSF Productions has been involved with lighting the Innibos Festival - which features over 14 different performance spaces - for the last 5 years. Coincidentally, the first one was his introduction to Robe moving lights since when he has never looked back!
Robe is now firmly his preferred moving light brand. "Every fixture is designed by those who know what is needed in the industry, and in fact, if feels like every fixture was designed and built by an LD!" he enthuses.
The 2011 Innibos event however was his first chance to put both the ROBIN 600 LEDWashes and the 600 Beams through their paces, an experience which was positive, fun and eye-opening.
The 8 x ROBIN 600E Beams and some of the 24 x ROBIN 600 LEDWashes utilised on the Main Stage rig were supplied by Sound Headquarters Africa from Johannesburg, with the rest of the Robe moving light count - including ColorSpot 700E ATs, ColorSpot 575E ATs, CitySkape Xtremes and CitySkape 48s - delivered by MGG Productions, also Johannesburg based.
The starting point of Ferreira's lighting design was to make it 'dynamic and different' enough to cater for the wide selection of artists. The lights were hung all over the roof of the main stage structure, with some strategically positioned on the floor.
He admits to being "Blown away" by the ROBIN LEDWash 600s! "It's a wonderful fixture," he states, citing the light weight as one of many massive advantages for transportation, and making it much easier to rig. Also, having its own integral power supply means he can address the fixtures while the crew are busy hooking up the power, which can save time.
As a theatre-orientated designer, colour mixing is a vital parameter, and this is also an area where the LEDWash 600s really excel and also impressed him greatly, ranging from the subtlest of pastels right through to super saturates and real whites, all of which "look fantastic".
The zoom is "very effective" he says, and he was also surprised by the sheer speed of the unit and the incredible brightness, "You might not expect this from such a small light!"
He used the LEDWash 600s for the primary stage washes, and they made the task of covering the 18 x 12 metre area very easy. The true versatility of the fixtures was illustrated in that he could also narrow it down and use as a 'special', isolating performers in very small, dramatic pools of light, as well as washing large sections of the stage.
One evening, they had to light a full band, complete with aerial artists and acrobats so he needed full control over the stage and the ability to light specific areas, all of which was effortlessly achievable, "The LEDWash 600s made this a complete breeze".
While he's used ColorBeam 700E ATs before, this was his first time using the new ROBIN 600E Beams, on which the output was "Absolutely stunning". Once again, he appreciates the light weight and handleability, and now refuses to do an outdoor show without Beam fixtures! "They always impress crowds and clients alike .. and on this show I had friends calling me from all over town saying they could see my beams!" he declares proudly.
He operated the lighting via a grandMA full size console.
In conclusion, he says, "I could go on all day about what I love about Robe. Every fixture is built to create magic, they travel well and are very easy to set up and operate". He adds that he will continue to specify Robe on every show he designs, and, "I believe every rental company should own as many Robe fixtures as possible!"
So ......Watch this space!