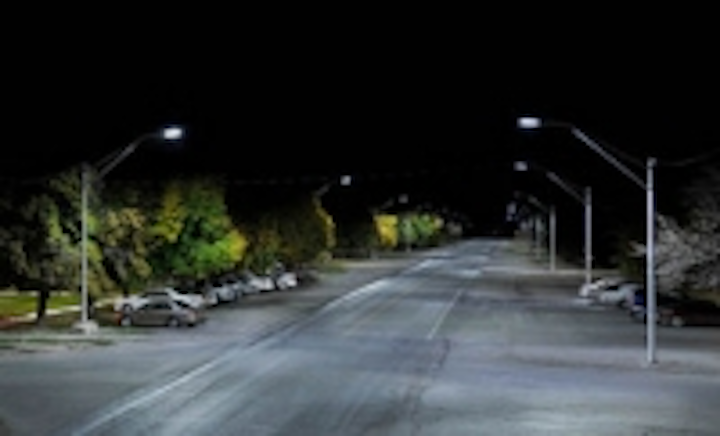 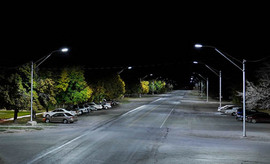 Located in West-Central Utah, the small town of Oak City, with a population near 650, is leading the charge to effectively reduce energy consumption and taking steps to reclaim the visibility of Utah’s vast evening sky. Oak City and 13 similar communities around the state are making the switch to all LED streetlighting by utilizing EECBG funding. These dollars, secured for the communities with assistance from the Utah Associated Municipal Power Systems, allows Oak City to trim both energy and maintenance costs from its budget. With anticipated payback of three years, the town converted all of its HPS streetlight fixtures to LED.

“This is a case of being small enough to take advantage of EECBG funding in a big way,” stated David K. Steele, Oak City town councilman who also oversees the community’s electric system,“Without the EECBG, we most likely would not have the resources to pursue such a large conversion. Now the town can also expand with LED streetlights into residential areas that previously had no source of street lighting available.”

The community is also benefiting from an increase in visibility of the evening sky from the reduction in light pollution – one resident who is an amateur astronomer remarked to Steele that they are now able to have a clearer view of the stars, planets and evening sky. Other Oak City residents have commented that they like the overall appearance of the clean, white light compared to the orange light of the previous HPS fixtures.

“In my mind, preserving the night sky was as a main reason to replace the fixtures,” Steele said. “Previously, when you saw our town from a distance, an orange aura hung directly over us and now with the switch to LED streetlighting, that aura has been eliminated,” he continued.

• Residents commented they prefer the overall appearance of LEDway® streetlights compared to HPS. The new lights have also decreased light spilling into their yards and helped to increase nighttime visibility.

• LEDway® streetlights comply with International Dark Sky Association guidelines to ensure light is directed into target areas and not into the night sky, preserving the sky for many astronomers in the area.

• LEDway® streetlights by BetaLED® are designed, engineered and manufactured within the United States and meet Buy American requirements within the American Reinvestment and Recovery Act of 2009.