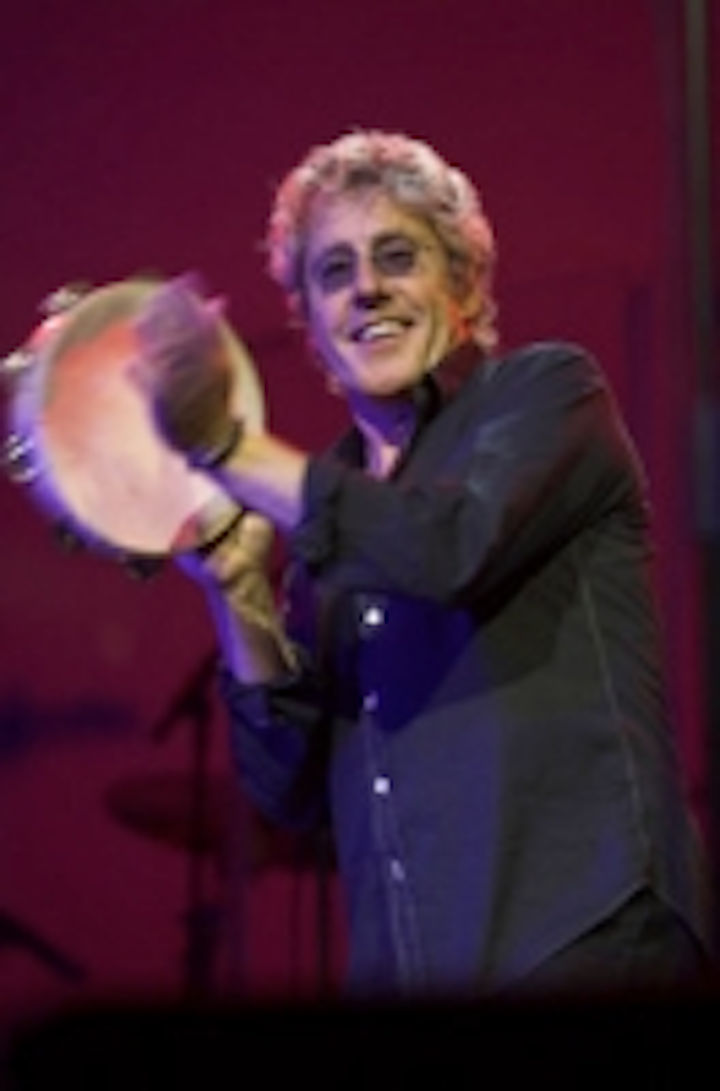 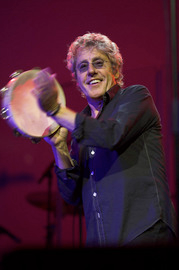 Robe ROBIN 600 LEDWash and ROBIN 600 Spot moving lights were used by LD Dave Farmer on the recent Roger Daltrey UK tour - which saw the legendary singer/songwriter and lead singer of UK rock band, The Who, perform the latter's landmark rock-opera "Tommy" in its entirety.

The original lighting scheme for Daltrey was conceived by the almost equally legendary lighting designer Tom Kenny, who was busy with other commitments in the US and so asked Dave Farmer to look after the show on tour. The two also work together on the annual week of Teenage Cancer Trust shows at London's Royal Albert. Hall, of which Daltrey was instrumental in starting.

The lighting kit for the tour was supplied by Leeds based Zig Zag Lighting, who were contracted by the promoters to provide a rig that fitted Farmer's spec. This consisted of the 14 Robe ROBIN 600 LEDWashes and 14 ROBIN 600E Spots which were at the core of the rig, and did all the hard work!

There were also bars of 6 PARs in pre-rigged truss sections, strobes and follow spots plus a Hog DP 8000 for control.

It was the first chance that Farmer had had to use the latest Robe technology, but he's used other Robe fixtures on many of his past shows and projects, in particular the 2500, 1200 and 700 series ColorSpot and ColorWashes.

For the Daltrey tour, both the LEDWash 600s and the 600 Spots were arranged on two overhead trusses with some on the floor, where their compact size enabled them to be fitted unobtrusively around the backline. They were used to light the band and the stage in a colourful show, which was also completely smoke free, a fact that brought its own challenges in making the lighting work effectively.

Farmer thinks the gobos in the 600 Spots are good, and in particular likes the dots, the watery cones and the rotating propeller blade.

The LEDWashes he had to run at about 15 per cent most of the time to keep general light levels down so that projections onto an upstage screen could be optimised, and he commented that they dim "very nicely and smoothly". He also used some of the Spot 600s for floor projections.

Overall the Robes proved very reliable on the tour, and Farmer reckons the efficiency and design of the LEDWashes will ensure that they have a good 'shelf life'. He also used the LEDWash's 3200 CTO setting quite frequently, especially in the downstate fixtures, and the strobe function on both types of fixtures to great effect.

Zig Zag's technicians on the tour were Andrew 'Bob' Laidlaw and Tom Loynes, both of whom say it's always a joy to work with Robes as they hardly ever need any attention apart from being hung and fired up!

Zig Zag is one of several UK rental companies holding an extensive stock of Robes which are utilised constantly on a diversity of projects. They purchased the 600 Spots - of which they have 30 - at the end of last year, and the LEDWashes two months ago, since when they have not stopped working! "They are hugely versatile - really bright, with fantastic colours, a great zoom and a weight of just 10.5 Kgs," declared Zig Zag's MD Neil Hunt, "An absolute dream for any rental operation!"

Other recent Zig Zag shows using the LEDWashes include concerts for R Kelly, Paolo Nuttini and Gary Newman, and the 'Escape To The Park' Festival in Swansea, and their schedule continues to be hectic heading into the autumn.