Reflections on the Waterfront for dbn 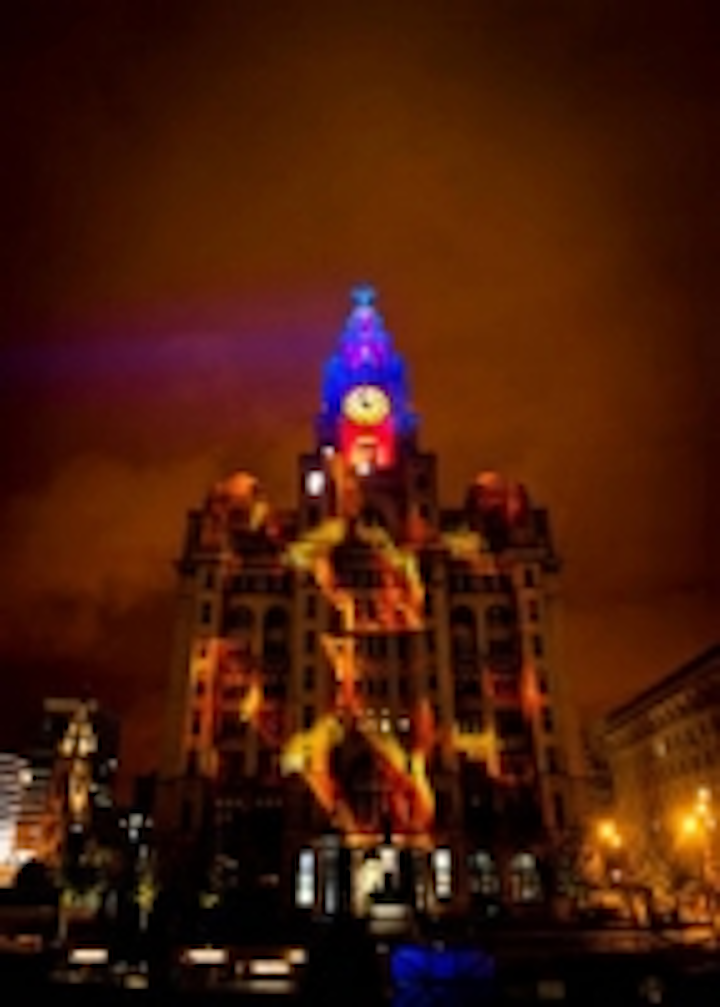 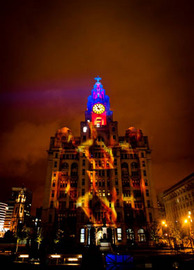 Manchester, UK, based lighting rental company dbn supplied large scale spectacular architectural lighting to Culture Liverpool for a special event celebrating both the 100th anniversary of the iconic Liver Building and the opening of the new Museum of Liverpool - the largest newly-built national museum in Britain for more than a century - both located on the City’s famous Pier Head waterfront.

dbn’s team was led by Pete Robinson. Their brief included the lighting of a live performance stage on the Pier Head and providing complimentary lighting onto the Liver Building itself, which framed a spectacular large format projection show created by Czech AV specialists Macula, using 35000 lumen Christie projectors.

On the Liver Building, dbn had ensure that light filled the space between the outer limits of the centrally positioned projections and the edges of the building, in the process, highlighting its full architectural features and extending the visual viewing surface to cover the entire front fascia.

This was achieved using four 4 Studio Due CityColor wash fixtures, six i-Pix BB4 LED wash lights and four Clay Paky Alpha Wash TH moving heads, all strategically positioned on the ground at the foot of the building. These were augmented with four CP Alpha Beam 700s stationed on top of the FOH control tower, about 150 metres away and specifically focused to catch the top of the Liver Building.

Robinson explained that their previous experience of lighting the Liver Building for the ‘transition’ event at the end of Liverpool’s Capital of Culture Year in 2008 definitely helped with creating a lighting scheme for this event. However, they took a completely different approach both times due to the unique and individual nature of the projects.

The adjacent Cunard Building (the second of Liverpool’s famous ‘Three Graces’) was also illuminated for the occasion by dbn. They used a combination of City Colors, BB4s, ArchiLEDs and StudioLED 600s, the new Studio Due LED City Color replacement – a colour changing wash light with a zoom. There were also additional CP Alpha Wash THs and Alpha Beam 700s, topped off with some SGM PALCO colour changing LEDs to ensure that all elements of the structure were well lit, again accentuating the form and features of the building.

All this architectural lighting was controlled via a Jands Vista T2 console operated by Pete Isherwood, running the new generation Vista v2 software, with another T2 console running in full tracking backup.

dbn provided a Hippotizer media server which was linked in to the projection system so they could apply block colour - mapped exactly to the projection surface area - to fill that space for the warm up/‘holding’ period before the video show fired up. This avoided having a massive and unattractive black hole in the Liver Building lighting scheme.

The stage was positioned at the opposite end of the Pier Head to the Three Graces, and featured three full nights of live entertainment – blues diva Connie Lush on the Friday, The Royal Liverpool Philharmonic Orchestra on Saturday and blues band 6ix Toys on Sunday.

The stage lighting was designed to produce plenty of flexible looks for the different types of show and for good overall coverage.

Eight Chroma-Q Color Force 72 LED battens up-lit a cyc at the back, and overhead, rigged in the roof, were a selection of Clay Paky Alpha Spot 1200 HPEs, Alpha Beam 700s and Alpha Wash 575 TH moving heads, together with 2-lite and 4-lite Moles and 12 x 2K fresnels. These were all controlled from an Avolites Pearl Expert desk, programmed and operated by Chris Philips.