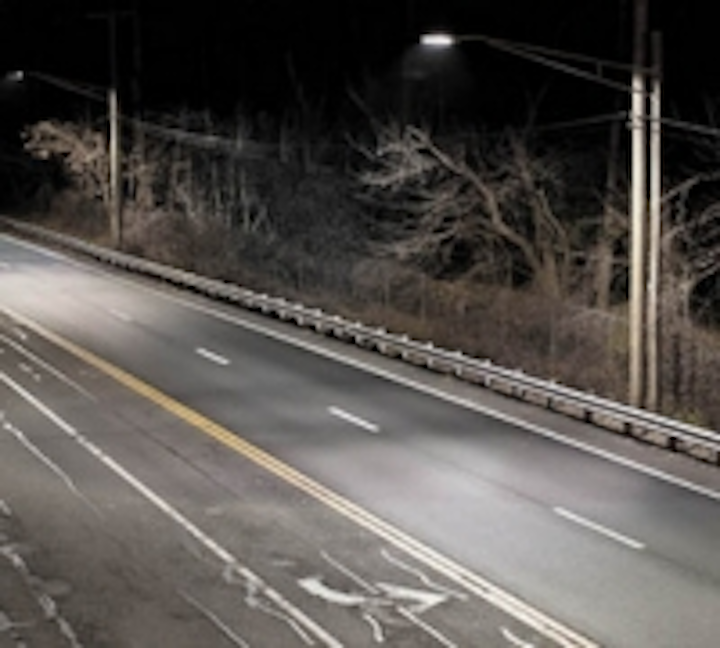 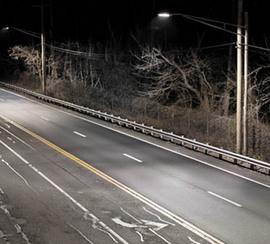 As cities grapple with rising energy costs and shrinking budgets many are looking for ways to reduce expenses. Since the cost of energy consumed by traditional HID streetlights can be a significant part of any city’s energy budget, sometimes accounting for as much as 40 percent of municipal electric bills, according to the Department of Energy, they represent an opportunity for municipalities to
dramatically reduce their energy expenses.

The town of Smithtown, located on the North Shore of Long Island, is making a significant commitment to reducing expenses and energy consumption. Recently, the Town applied for and received a $1 million Energy Efficiency and Conservation Block Grant (EECGB) to convert nearly 10 percent of the Town’s 11,600 streetlights from traditional high-pressure sodium (HPS) to more energy efficient LED luminaires.

The new streetlights replace 150-, 250- and 400-watt HPS fixtures on the Town’s main arterial streets. The streetlights were slated to be retrofit with induction fixtures. After learning about BetaLED® LEDway® streetlights and their impressive energy and maintenance
savings potential with a sleek modern appearance, Smithtown’s Traffic Safety and Lighting Director, Mitch Crowley, initiated a pilot program to compare various types of energy efficient lighting. Included in this pilot program were LED, induction and electronic ballasted HPS systems. After the pilot program was completed, Crowley decided on the BetaLED® products. This will be the first major installation of LED luminaires on Long Island by any township.

“Smithtown is thrilled to be the first town on Long Island to commit to LED streetlights, which helps our strategy for better energy efficiency and greenhouse gas reduction,” said Smithtown Supervisor Pat Vecchio. “The new lights yield a six year payback and are also dark sky friendly.”

Crowley estimates that this LED retrofit of 1,100 lights will save the Town $75,000 in maintenance costs and $150,000 in energy expenses annually, a 52 percent energy savings.

“Smithtown’s sustainability efforts also include the conversion of the entire refuse collection system to compressed natural gas, which significantly reduces the emission of nitrogen oxides, diesel particulate matter and greenhouse gases,” Vecchio added. “The town also plans to install a photovoltaic system to the recycling center, which will produce an estimated 89,000 kWh of clean renewable power annually.”

Crowley anticipates eventually replacing all of the Town’s streetlights with energy efficient luminaires, including many with LEDway® streetlights. Smithtown has budgeted $200,000 to $350,000 annually toward the purchase of new LED luminaires and foresees the federal government contributing the balance through EECGB grants.

Benefits:
• The Town estimates that this LED retrofit of 1,100 luminaires will save Smithtown citizens $75,000 in maintenance costs and $150,000 in energy expenses annually, a 52% energy savings.

• The Town applied for and received a $1 million Energy Efficiency and Conservation Block Grant (EECGB) to convert nearly 10% of the Town’s 11,600 streetlights.

• LEDway® streetlights are designed, engineered and manufactured within the United States and meet Buy American requirements within the American Reinvestment and Recovery Act of 2009.