Dbn goes back to The Warehouse 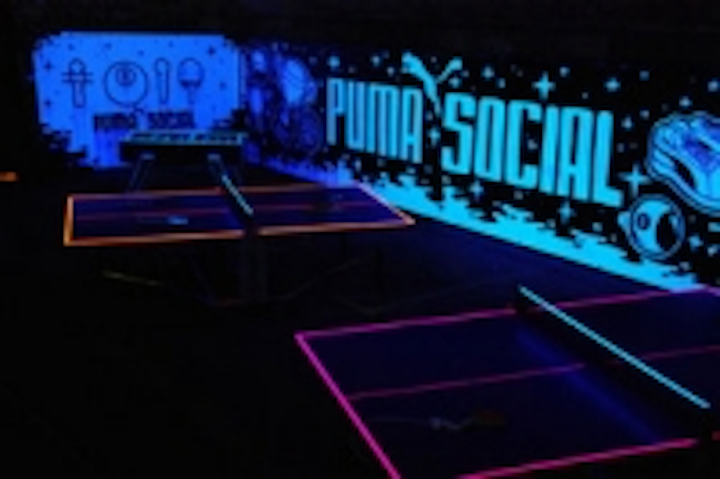 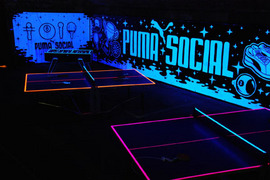 Manchester, UK, based lighting rental company dbn is again supplying lighting and LED screen to Manchester's favourite dance experience - The Warehouse Project (WHP) which is in its last season at the Store Street Car Park below Piccadilly Station in the city centre, before moving to a new location.

It's the fifth year that DBN has supplied lighting, visuals equipment and design services to WHP, which operates every Friday and Saturday night from the start of the new university terms in late September to New Years Day, and this year, it is being managed for dbn by Chris Phillips.

Three trusses are installed over the stage in the main room to facilitate lighting positions, together with four more trusses over the audience/dancefloor. The space is arched with a decent nearly 7 metre height in the centre, dropping to around 5 metres at the edges, so the trusses are placed to maximise and accentuate the shape of the room.

The event's production lighting design was originally conceived by dbn's Pete Robinson, and the essential idea has remained throughout the last 3 seasons at Store Street .... with a few tweaks and modifications to ensure a new and fresh look each time.

The moving lights in the main room are a mix of Clay Paky and Martin - the total count is 32 and they include CP Alpha Spot HPE 575s, Alpha Beam 700s and Alpha Wash 300s, together with Martin MAC 250 Entours. There are also eight Atomic strobes, two Unique hazers and two ZR33 smoke machines with AF1 fans ... to get the atmospherics and climate right!

Sixteen active Sunstrips are attached to the audience trusses - four per truss - and used for funky effects running down the sides of the dance floor! Another four Alpha Beam 700s and two Alpha Spot HPE 575s are available for deployment on the stage as and when needed.

LED manufacturer i-Pix - also from Manchester - are supplying 12 of their BB2x2 fixtures for the main room.

The brief for the lightshow is to make the space an Interesting and spectacular environment while keeping an intimate and low key ambience for a full for all involved - from the impressive line up of international and local DJs and performers to all dance fans in the house. It also has to be flexible enough to deal with the live bands appearing, and therefore offer all the standard stage lighting elements as well as a full on pumping dance rig.

dbn is supplying an Avolites Pearl Expert with a touch wing for control, which is operated primarily by Chris Phillips and Anthony Owen (ex Manchester Academy) for most of the WHP's four month run.

The main room screen comprises 60 panels of Hartwell Media 18 mm pitch P18 surface, configured as a single block at the back of the stage, ten panels wide by six deep. For DJ only nights, the bottom two rows are stripped out and fitted to the front of the stage to create a visual contrast from the live band set up.

Room Two has a bare and more stripped down look and feel. This year it is lit with two CP Alpha Wash 575s, with two Atomic Colours for specials and two i-Pix BB16s sitting beneath the 5 ft high DJ riser.

New this year are 24 active Sun Strips, installed in a grid over the dancefloor. These are pixel mapped via the Avo Tiger Touch lighting console, and provide all the big lighting effects - hugely spectacular in impact - in this otherwise aesthetically darker, moodier more 'hardcore' environment.

dbn has also been involved in rigging and powering a number of neon fittings for a chill out room, and is also supplying UV cannons to a UV bar/table sports room, both sponsored by Puma.

Although all of the flown technical kit stays rigged in the roof when not in use, and the stage stays in place protected by a steel-shield, all of the FOH technical areas, five bars, merchandise stands, furniture and toilets are stripped out, and the majority of the space returns to a fully functioning car park during the week. All of the dismantled kit is stored in Room Two, which becomes a production storage area during this time, with its overhead trussing and lights remaining in place.

The car park does not close until 7 pm on Friday nights, so the challenge is always the scramble to get all the stored kit up and rigged, ready for doors to open at 10 p.m. however this is a process that the WHP teams have now perfected to a smooth running fine art!