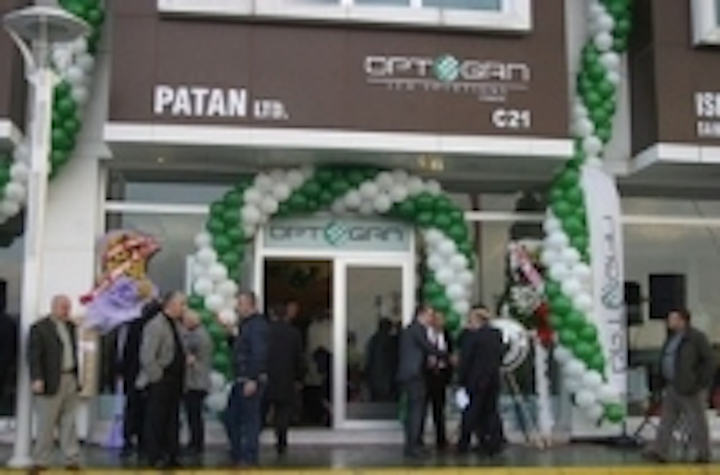 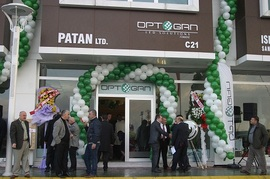 More than 200 invited guests and members of the Turkish parliament attended the Grand Opening in Koceali, close to Izmit, where the new sales office is located. Ledison Patan Ltd has a broad experience in interior and exterior LED lighting for hotels, hospitals, shipyards as well as for bridges and street lighting.

The market for Solid State Lighting (SSL) luminaries in Turkey has a tremendous potential for the next years. "Especially for Turkey we estimate a hundreds of millions Euro market for SSL luminaries within the next two years. Turkey, as being the bridge between Europe and Asia is a key hub for Optogan. With its strong labour force, biggest GDP growth rate in Europe and a continuously growing population with currently over 73 Mio inhabitants we expect an especially strong growth in our retrofit lamps," stated Ove Sörensen, Senior Director Sales & Business Development at Optogan.

Besides the retrofit business Optogan and Ledison will focus on market segments like street lighting, canopy, shop-lighting and lighting for hotels and restaurants.

"I strongly believe that LED lighting will become one of the most important technologies of the 21st century. Therefore we plan to invest about 3.2 million Euros for the year 2012 to create and develop the distribution network," said Ahmet Patan, General Manager of Patan and Ledison Ltd. "We are very pleased about the partnership with Optogan, since Optogan´s LED-technology is 'made in Germany'."

Ledison Patan Ltd will distribute Optogan´s SSL LED-Lamps and Luminaires not only in Turkey but also in the Middle East and North Africa. Possible further steps will be investigated such as final assembly lines for LED lamps and luminaires situated in Turkey.

Ledison, located in Kocaeli/Turkey, is part of the Patan Ltd. The company was founded in 2008 and focuses on Solid State Lighting. Ledison is experienced in interior and exterior LED lighting such as hospitals, hotels, bridges and shipyards. Ledison is certified distributor for Optogan´s LED Lamps and Luminaires in Turkey, the Middle East and North Africa.

Optogan is a leader in LED technologies with innovative, cost efficient, high quality lighting modules. Since 2005 Optogan has been developing and producing LED light crystals in Germany based on the patented Nobel Prize technology epimaxxTM. The company focuses on energy efficient and environment friendly general lighting. The international team of LED professionals and experts clearly differentiate themselves through their strong customer orientation. The Optogan Group, with its 350 employees, has plants in Landshut (Germany), Dortmund (Germany), Helsinki (Finland) and St. Petersburg (Russia).