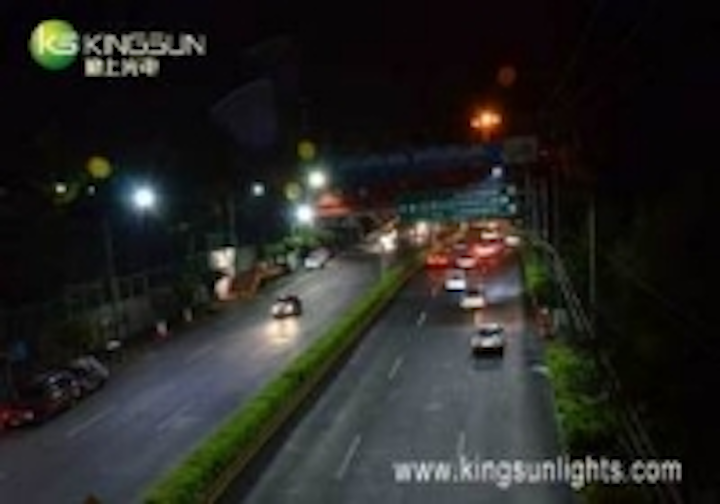 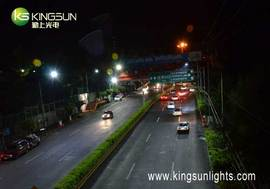 The LED lighting project is an important part of municipal engineering in the local city, public bidding started in August 2010. With multiple road conditions and different lighting requirements, our customer, a strengthened contractor, turned to us for complicated calculation and simulation. After months of investigation and conference discussion, we finally chose LED street light series Apollo to light the road. Satisfied with the lighting effect and energy-saving efficiency, our customer presented Apollo to the local government and won the bid after spot-testing eventually.

In this LED Street Lights project, we had 30W Apollo Street light with 14pcs of LED to replace 150W HPS for 2-lane roads, 60W with 28pcs to 250W HPS for 4-lane and 90W with 42pcs to 400W for 8-lane roads. With a much lower consumption, the lights installed could save electricity over 60% for the local city.