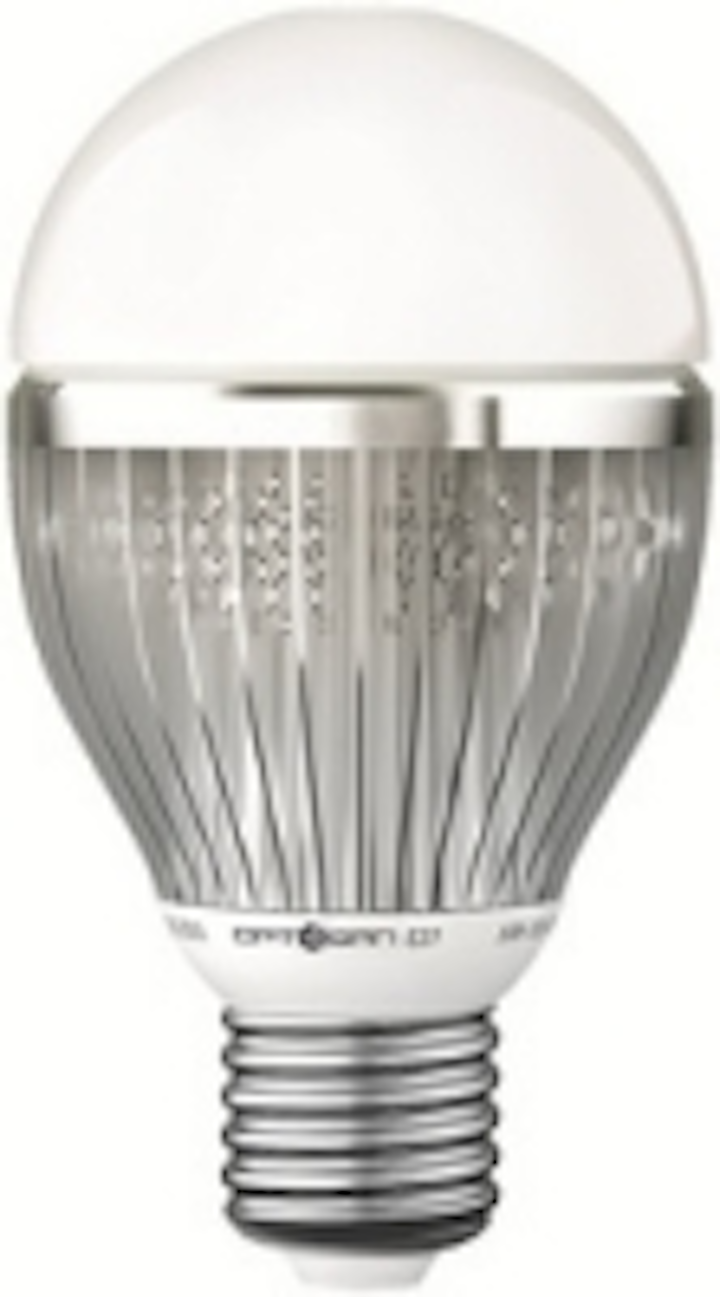 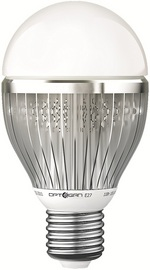 The Optogan Group releases its first original domestic LED lamp on the Russian market. The E27 bulb was designed in cooperation with the design studio art.lebedev to replace the 60W incandescent bulb.
Made of state-of-the-art technology, consisting of German-Russian components, the E27 lamp has features on par with the best of world standards.

The new light source is significantly less expensive than its European counterparts. From September onwards, the first contingent of bulbs will be available for 995 Rubles in both Moscow and St. Petersburg. Early 2012 the bulb will be introduced to the global market – the target price then should be around 30 EUR.

Optogan´s designer bulb is a convincing contribution to global energy savings. The lamp's power consumption tolls 11 W, which is about 6 times lower than of an incandescent lamp. The life cycle exceeds 50,000 hours - this corresponds to 6 years of continuous illumination. Should the bulb be used 3 to 4 hours per day, the Optogan E27 is designed to operate for more than 46 years.

One other point: Optogan´s E27 has solved the problem of light fluctuations - fluctuations which adversely affects human health when working long-term under artificial lighting. E27 provides a smooth, warm white light which has a positive effect on a person's well-being. Unlike incandescent and fluorescent lamps, it does not contain dangerous substances such as mercury or lead.

"We have managed to create not just a lamp that has excellent technical performance, but also one highly attractive to consumers. Optogan´s E27 is the fruit of the work of leading European scientists combining world-class technology and creative development of Russia's leading design studios. ", said Maxim Odnoblyudov, president of the Optogan Group. "Besides that, we are proud of the high quality of our E27. The vertically integrated manufacturing structure of Optogan allows us to control quality at every stage of production, from the German chip manufacturing to packaging and assembling the final product in St. Petersburg".

LED light sources are not affected by turning them on or off frequently. This does not affect their life as drastically as it does with incandescent or worse still, fluorescent lamps.
Presently, the market share of LED light sources in Russia is about 5-6%. Experts estimate that by 2015 the share of LEDs in the domestic market will exceed 25%. Global acceptance too hovers around the 3% mark, whereby the addition of late adopters is expected to push this contingent up to the 20% mark by the middle of this decade.

Today, strong growth in the LED market is generated by the industrial, administrative and office sector, however a further increase in figures during 2013 via the retail sector is expected.

Optogan is a leader in LED technologies with innovative, cost efficient, high quality lighting modules. Since 2005 Optogan has been developing and producing LED light crystals in Germany based on the patented Nobel Prize technology epimaxxTM. The company focuses on energy efficient and environment friendly general lighting. The international team of LED professionals and experts clearly differentiate themselves through their strong customer orientation. The Optogan Group, with its 300 employees, has plants in Landshut (Germany), Dortmund (Germany), Helsinki (Finland) and St. Petersburg (Russia).